In a wheelchair in the hallway

Amid nurses in purple scrubs

Was curled on legs now thin as arms

Which once stood strong at six-foot–two

But not since March. And it was May.

He thought the spoonfuls of turkey

I fed him in baby pieces

Were hilarious, but then he

Was full after three. Halting words,

Their only sense grammatical,

Replied that he was doing fine.

He craned his neck to call Aunt Peg,

—Long dead—there on the small sofa.

And as always, more than ever,

My welled up eager beggar’s eyes 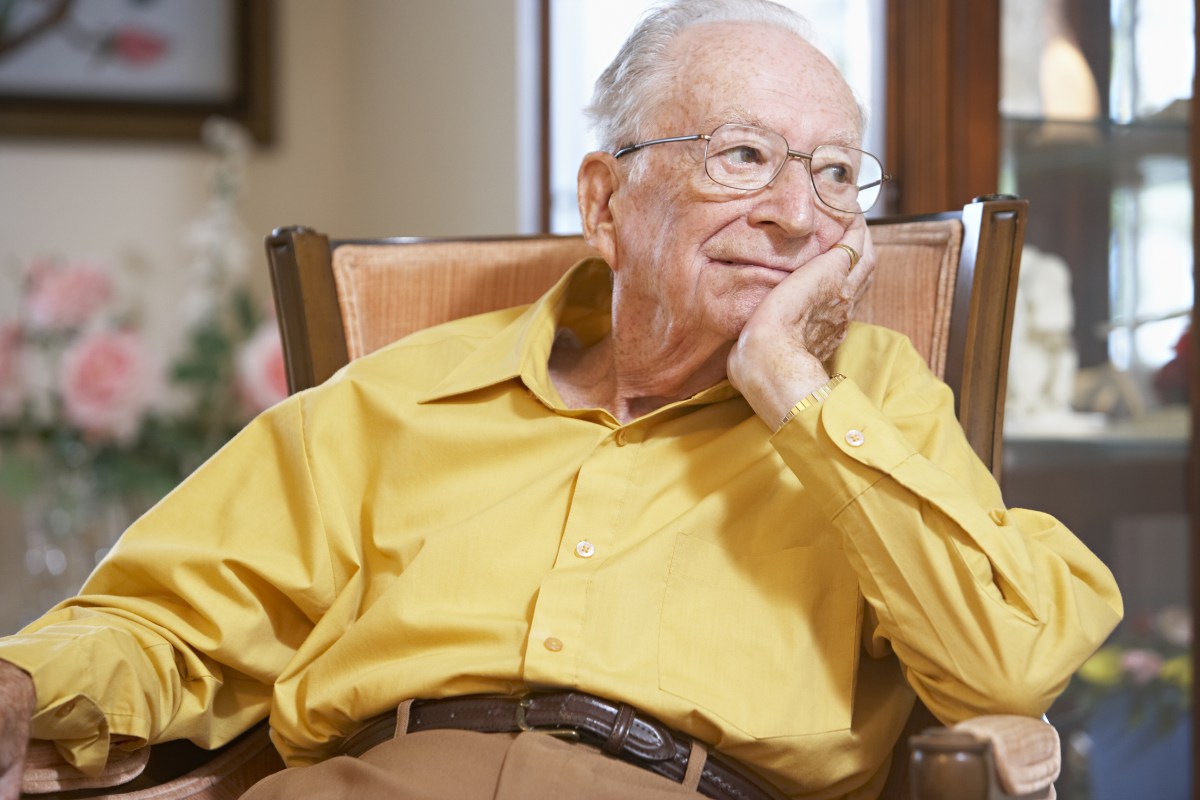