Fusion may be the future of energy 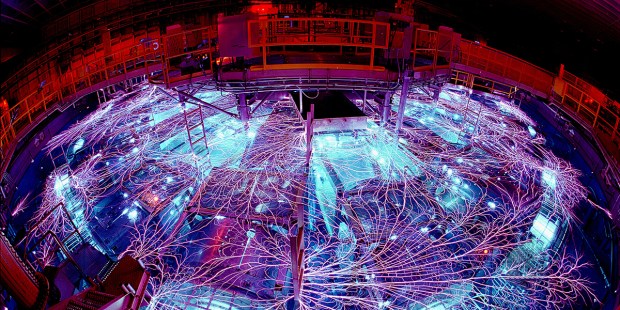 The cheap, clean energy is only about 25 years away.

As the world’s need for clean, affordable energy continues to rise each year, engineers have been racing to find a solution. Now, researchers at the Princeton Plasma Physics Lab are closer to the answer than ever before. Futurism reports:

Now the international scientific community is working in unity to construct a massive fusion research facility in France. Called ITER (Latin for “the way”), this plant will generate about 500 megawatts of thermal fusion power for about eight minutes at a time. If this power were converted to electricity, it could power about 150,000 homes. As an experiment, it will allow us to test key science and engineering issues in preparation for fusion power plants that will function continuously …

Though it is designed as a research project, and not intended to be a net producer of electric energy, ITER will produce 10 times more fusion energy than the 50 megawatts needed to heat the plasma. This is a huge scientific step, creating the first “burning plasma,” in which most of the energy used to heat the plasma comes from the fusion reaction itself.

The process of fusion uses, as Futurism explains, two nuclei of the hydrogen atom (deuterium and tritium isotopes) which are super-heated to about 100 million degrees Celsius, and then moved fast enough so that when the two positively charged particles collide, they fuse together, rather than avoid each other. The heat produced from the fusion is then collected and turned into clean energy.

The most appealing part of this process is the safety factor; even in the event of a total failure, there is no risk of a catastrophic incident, such as a nuclear meltdown in a fission plant.

Read the whole story at Futurism.com.