Take a stroll around Ancient Rome in this 3D animation 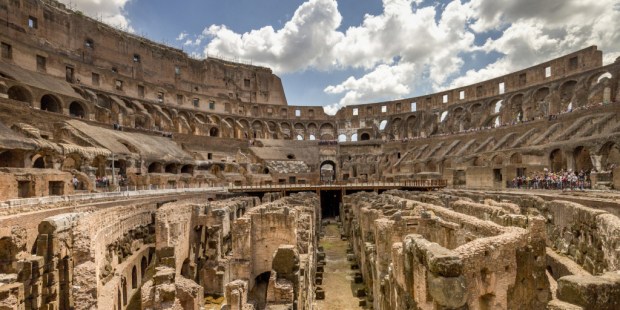 A complete tour of the Eternal City as it looked in the 4th century will soon be available as part of a video game.

Historians agree the 4th century is the zenith of Roman architectural splendor. More precisely, they note the year 320, one of political and religious revolts which also witnessed the progressive Christianization of the city because of the rise of Constantine.

These political and religious changes, paradoxically, gave the city’s architectural development a much needed impulse, adding to the already existing basilical Roman buildings some new ones, now with explicitly religious – that is, Christian — purposes.

A few years later, as early as in 410, the power of the Eternal City had weakened compared to that of Constantinople, the glorious capital of the Eastern Roman Empire. Nicknamed “The New Rome,” in just a few years Constantinople became the richest city in Europe and the Near East.

This animation, developed by Danila Loginov and Lasha Tskhondia, is probably the most detailed model of how the city would have looked at the beginning of the 4th century of our era.