Vatican in brief: Legalizing euthanasia is “deadly” for the weakest, says Cardinal Müller 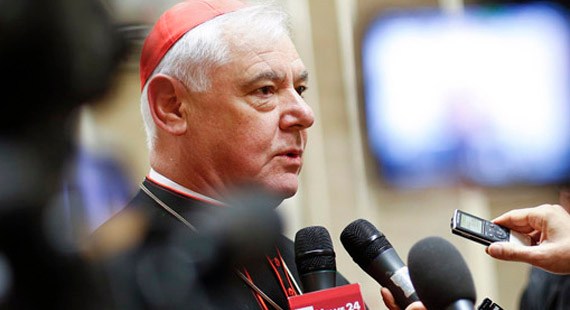 Also: Shrines and catechesis, and a children’s train coming to the Vatican to meet the pope.

Cardinal Müller/euthanasia: Canada’s decision to legalize euthanasia not only “constitutes a grave wrong in itself, but its legalization creates toxic and deadly social pathologies that disproportionately afflict the weakest members of society,” Cardinal Gerhard Müller, Prefect of the Congregation for the Doctrine of the Faith, said recently, The Catholic register reported. The cardinal was in Toronto on May 15, 2017 to deliver the keynote address at a Canadian Catholic Bioethics Institute conference dedicated to the conscience rights of health care professionals. Speaking to bioethicists, theologians, doctors and nurses, Cardinal Müller called for inciting citizens to pledge to repeal the law. In June 2016, the Canadian parliament passed a law legalizing “medical aid to die” for people over the age of 18 who have a terminal illness and whose death is “reasonably foreseeable.”

Shrines/Evangelization: “We must understand how popular piety, popular religiosity, and popular spirituality expressed on a pilgrimage to a shrine can become instruments of catechesis,” the head of the Pontifical Council for the Promotion of the New Evangelization, Archbishop Rino Fisichella told Vatican Radio on May 16, 2017. For Pope Francis, “shrines are an unparalleled opportunity for evangelization,” he said. On February 11, the pope issued a motu proprio entrusting the management of the shrines within the Roman curia to the dicastery for the New Evangelization.

Norcia/Children’s train: The fifth annual Children’s train, organized by the Pontifical Council for Culture, will take place on June 3. This event invites children to come to meet the successor of Peter, arriving at the Vatican by train. This year, the children invited come from the Italian regions struck by earthquakes in 2016, including Norcia, Amatrice, Accumoli and Acqua del Tronto. An estimated 400 boys and girls are expected to participate, Radio Vatican’s Italian edition reported. “This combination of school, formation and family is important for being able to prevent fear and panic when events like earthquakes happen,” Cardinal Gianfranco Ravasi, head of of the Pontifical Council for Culture, said.