Did you know Tolkien’s dwarves were derived from Norse mythology? 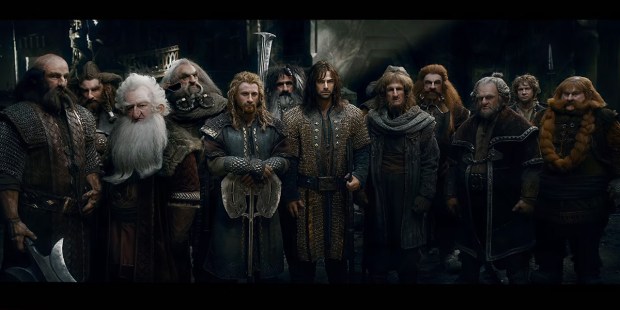 The names were taken directly from an ancient Norse poem.

J.R.R. Tolkien, author of The Hobbit (recently adapted into several blockbuster movies), received much inspiration from ancient mythological texts. This should come as no surprise as Tolkien was a professor of Anglo-Saxon at Oxford and specialized in Old Norse.

Read more:
Listen to rare recordings of J.R.R. Tolkien reading ‘The Lord of the Rings’

In particular he derived many of his own mythological names (as well as ideas) from the the Prose Edda, written by Snorri Sturluson. It is an ancient Icelandic manuscript from the 13th century that centers on Norse mythology and features many dwarvish names. The names of Tolkien’s dwarves from The Hobbit are as follows: Dwalin, Balin, Kili, Fili, Dori, Nori, Ori, Oin, Gloin, Bifur, Bofur, Bombur and Thorin Oakenshield. Most of these names, along with the name of a certain wizard, can be found in the first poem from the Prose Edda, called the Völuspá.

10. There was Motsognir | the mightiest made
Of all the dwarfs, | and Durin next;
Many a likeness | of men they made,
The dwarfs in the earth, | as Durin said.

12. Vigg and Gandalf | Vindalf, Thrain,
Thekk and Thorin, | Thror, Vit and Lit,
Nyr and Nyrath,– | now have I told–
Regin and Rathsvith– | the list aright.

14. The race of the dwarfs | in Dvalin’s throng
Down to Lofar | the list must I tell;
The rocks they left, | and through wet lands
They sought a home | in the fields of sand.

16. Alf and Yngvi, | Eikinskjaldi,
Fjalar and Frosti, | Finn and Ginnar;
So for all time | shall the tale be known,
The list of all | the forbears of Lofar.