The Mountain Goats flashback to the late 70s with ‘Goths’ 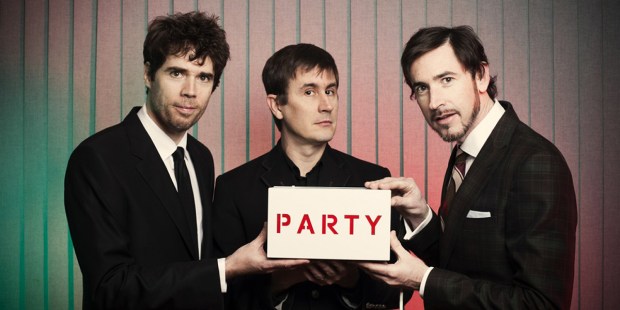 Eternal youth seems to be an irresistible theme for pop music these days.

Whether it’s The Chainsmokers’ “Closer” (“We ain’t never getting older”), Taylor Swift’s “Style” (“We never go out of style”), or Alessia Cara’s “Stay” (“We can stay forever young”), top 40 radio is filled with the reveries of a generation longing to loop its wild, cool, and carefree days like a GIF.

Those wading into their middle years know better. Today’s cool inevitably becomes tomorrow’s passé; the party atmosphere will fade into conflicted memories; and layers of yesteryears propel us ever deeper into life’s transience.

This is the reality check behind Goth, a new album from The Mountain Goats, which playfully looks at the rise and fall of gothic rock and its fans in the late 70s in the UK and US.

I first heard the nasal narratives of frontman John Darnielle after the indie band released The Life of the World to Come in 2009. Aside from the final song (“Ezekiel 7 and the Permanent Efficacy of Grace”), the track list was made up entirely of Biblical verses (“1 Samuel 15:23”, “1 John 4:16”). It was an elegant, largely acoustic album, one that underscored the brokenness of Darnielle’s voice and the “twelve hard lessons” he took from the Bible. In an interview with Pitchfork about that album, Darnielle talked about God meeting a person “in the depths of his degradation”; his ambivalence toward the Catholicism of his youth (“I love it … It’s like a song you know, but you know it even better”); and his attendance at other churches in the South. “Look, I’m an ex-goth boy,” Darnielle says in describing his affinity for church. “If you’re into music, you’re into religion, somehow or another. Religion, that’s the bloodline of music.”

Darnielle (who has also published a few novels) builds on that connection in Goth, though not as directly. In the powerhouse opener, “Rain in Soho,” he ponders the winding river of life over the self-consciously dramatic backing of the Nashville Symphony Chorus. And once again, he focuses the problem with a Biblical lens:

An explicit religious sensibility pops up in a few other places (“See me, lord of wind and rain” Darnielle sings on the chilled “Wear Black”). But after setting this grand spiritual stage, the sound loosens up into a jazzy, bouncy soft rock that – although more Steely Dan than The Cure – is mostly about goth subculture at its peak. It’s not always clear what Darnielle is remembering exactly, but summers of drinking, drugging, and concerts are clearly a part of it. “Incoherent but functional, speeding like a dead comet,” Darnielle sings on “Stench of the Unburied.” “Purple crushed velvet waistcoat flecked with Maalox and bits of dried vomit … And outside it’s 92 degrees, and KROQ is playing Siouxsie and the Banshees.”

The breezy mood is enough to make you forget you’re listening to a song called “Stench of the Unburied,” one complete with references to “the flickering lights of Armageddon” and a Psalmist-like “pit.” That juxtaposition cuts through the whole album, which references caves, blood, burial, death, and corpses. A final song called “Abandoned Flesh” even sees Darnielle mourning the “suffocated splendor” of a forgotten band called Gene Loves Jezebel.

You would think that this was just Darnielle channeling the goth mentality of his youth – after all, these themes helped define the goth movement – but instead, he seems to be applying an older and wiser form of that mentality to his own past. Nostalgia isn’t part of the equation; those goth days become just one more part of a larger pattern, one in which life – not life in songs or life “out there,” but one’s very own life – actually does flicker and fade into darkness bit by bit. One line from “Andrew Eldritch Is Moving Back to Leeds” seems to say it all: “A few old buildings gone to dust, and some new ones in the way. They’ll look just like the old ones when the winds have had their say.”

Goth is not just about one movement in time, but time’s movement – “the slow smokeless burning of decay,” as Frost saw it – and why trying to stop or evade it is like chasing the wind. But there’s also not a note of pessimism in this realization. The snappy, foot-tapping levity of Goth wants to rob death of its sting, and pull us into a more eternal perspective, a place where we’ll never grow old long after accepting that we do.

This journey may not have direct biblical references attached to it, but one again, Darnielle has drawn us into the rewarding spiritual territory he’s come to know and love so well.