Trump nominates Callista Gingrich as US ambassador to Vatican 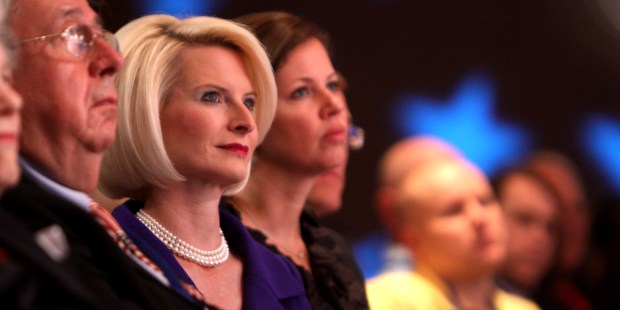 President makes pick as he leaves for first foreign trip, including Rome.

Before leaving on his first international trip as president, which will include a visit to Pope Francis at the Vatican, Donald J. Trump announced the appointment of Callista Gingrich as U.S. ambassador to the Holy See.

The announcement was made as one of several other appointments to the Trump Administration. The choice has long been rumored. Gingrich’s husband, Newt Gingrich, former speaker of the House of Representatives, confirmed early on in the new administration that his wife was being considered.

The actual title of the position, according to the White House website, is “Ambassador Extraordinary and Plenipotentiary of the United States of America to the Holy See.” The announcement says that Gingrich has been the President and CEO of Gingrich Productions, “a multimedia production and consulting company in Arlington, Virginia, since 2007.” In that position, she has produced a number of documentaries, including one about Pope John Paul II.

CBS News noted that Gingrich worked for the House Committee on Agriculture as chief clerk until 2007. “She was a key figure in her husband’s 2012 bid for the Republican nomination,” it says.