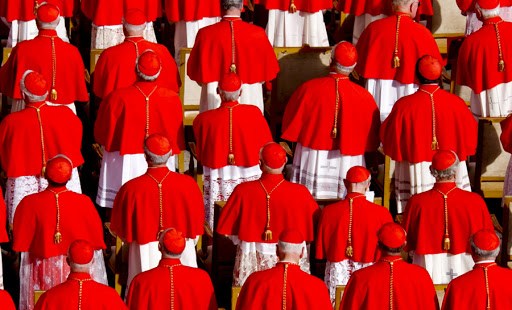 VATICAN CITY — Pope Francis has announced his intention to create five new cardinals, at a consistory on June 28. The pope made the announcement after the Regina Caeli on Sunday in St. Peter’s Square.

“Their origin from various parts of the world manifests the catholicity of the Church spread across the earth,” Pope Francis said, “and the assignment of a title or diaconia in the City [of Rome] expresses that the cardinals belong to the diocese of Rome, which according to the famous expression of St. Ignatius [of Antioch], presides in charity over all the churches.”

On Thursday, June 29, the Solemnity of the Apostles Peter and Paul, the pope will concelebrate the Holy Mass with the newly created cardinals, with the College of Cardinals, new bishops, metropolitans, bishops and several priests.

The new cardinal designates are:

“We entrust the new Cardinals to the protection of Saints Peter and Paul, so that through the intercession of the Prince of Apostles, they may be true servants of ecclesial communion; and with the Apostle to the Gentiles, they may be joyful heralds of the Gospel,” Pope Francis said.

“Through their witness and counsel, may they support me more intensely in my service as Bishop of Rome, universal Pastor of the Church,” he concluded, as he wished pilgrims and faithful gathered in St. Peter’s Square a blessed Sunday.