World unites with Manchester in grief and condemnation of attack 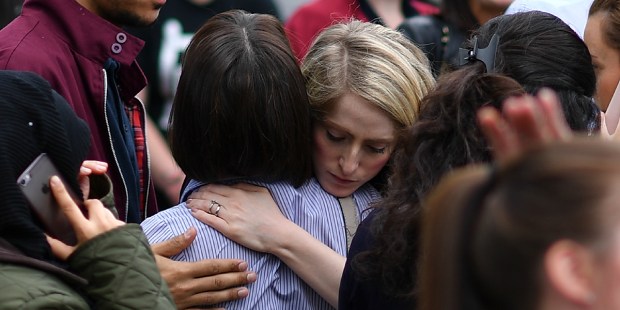 Last week, the Islamic State released a 44-minute video featuring fighters of different nationalities, enjoining their supporters back home to carry out acts of violence, the New York Times reported. One of the fighters was a man identified as a British national.

Tuesday morning, ISIS claimed responsibility for what was apparently a suicide bombing at the Ariana Grande concert Monday night. The attack, at the Manchester Arena in the northern English city, claimed 22 lives, making it the deadliest terrorist attack in Great Britain since 2005.

Later in the day, Chief Constable Ian Hopkins of the Greater Manchester Police identified the bomber as Salman Abedi, a 22-year-old British man whose parents had emigrated from Libya. Hopkins said the police were continuing to investigate whether Abedi was acting alone or as part of a network. They had already arrested a 23-year-old man outside of Manchester, in connection with the attack.

ISIS’ responsibility claim came on the social messaging app Telegram, which proclaimed: “One of the soldiers of the Caliphate was able to place an explosive device within a gathering of the Crusaders in the city of Manchester.”

In the wake of the attack, whose victims were mostly young, including an eight-year-old girl, world leaders united in their condemnation of the targeting of innocent civilians. “The explosion coincided with the conclusion of a pop concert which was attended by many young families and groups of children,” Prime Minister Theresa May of Britain said in a televised statement. “This attack stands out for its appalling, sickening cowardice, deliberately targeting innocent, defenseless children and young people who should have been enjoying one of the most memorable nights of their lives.”

“After our darkest of nights, Manchester is today waking up to the most difficult of dawns,” Manchester’s mayor, Andy Burnham, told reporters. “These were children, young people, and their families. Those responsible chose to terrorize and kill. This was an evil act.”