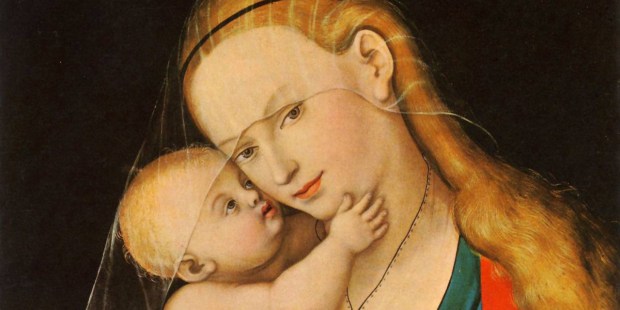 It’s a reason all of us can understand when we look at our families.

The Catholic devotion to Mary has never come easily to me. I know Mary is, for some people, the way they discovered and really developed a relationship with Jesus. But for me, it was the opposite. Jesus is the one who introduced his Mother to me.

I knew Jesus for several years before I developed or even saw a reason to develop a relationship with his Mother. My devotion to Jesus informed my relationship with Mary. In fact, it becomes clearer to me every day that love for the Word who revealed himself to us as a newborn babe is absolutely inseparable from love for Mary.

No human baby can be separated from his or her human parents. Even if a parent never cares for his or her child, every parent passes on their genetic material to their offspring. The same is true of Jesus. You may have thought of this before but it is something that comes back to my prayer regularly: Jesus is genetically 100 percent from Mary.

As Ignatius of Antioch once put it in his Epistle to the Trallians, “He who forms all men in the womb, was Himself really in the womb, and made for Himself a body of the seed of the Virgin.”

Jesus must have really resembled his mother!

Jesus was not just deposited into the womb of his mother; he was her true offspring in his humanity. For this reason, in the 5th century, the Council of Ephesus affirmed that we can call Mary “Theotokos,” the Mother of God, because Mary gave birth to Jesus who is one divine person with two natures.

The mystery of salvation can never be separated from Mary, the human mother of Jesus.

The same is true of the Eucharist, the “source and summit” of our faith. We would not have the Eucharist were it not for the Incarnation. And Jesus would not have a body were it not for the Fiat of the Virgin Mary. Some might argue that God could have clothed himself in human form according to any method he chose (Saint Anselm would disagree). However, the point is that God chose to incarnate himself in a way that depended on the “Yes” of a humble teenage Jewish girl. It was this young girl who gave the Creator of the Universe, the Word of God, a human body.

This link between the Incarnation of the Word and Mary’s “Yes” has helped me to understand Catholic devotion to Mary. If one can begin to comprehend the monumental moment in history when God, the One without beginning and end, took upon himself human flesh, then one will begin to understand Marian devotion. There are, of course, so many more reasons we honor Mary, but this connection is key.

In the 8th century, Saint John Damascene summed up this great mystery in a homily on the Assumption of Mary:

Thus, recognizing God’s Mother in this Virgin, we celebrate her … not proclaiming her as God—far be from us these heathen fables … but recognizing her as the Mother of the Incarnate God.

Mary gave Jesus his human nature through her free surrender and her holy “Yes.”

She is an irreplaceable link in the story of our salvation—and for this we honor her.