Walking on tombstones in a Maltese church

The floor of St. John’s Co-Cathedral is covered with nearly 400 tombstones of Knights and officers of the Order of Malta.

Commissioned in 1572 by Grand Master Jean de la Cassière, St. John’s Co-Cathedral in Valletta, Malta, is not only one of the finest examples of Baroque architecture in Europe, but also one of the world’s great cathedrals, although it is not as well-known as its peers in Italy, Spain or Germany. Dedicated to St. John the Baptist, its interior is decorated, in perfect Baroque fashion, with painted ceilings, carved walls and numerous side altars but, without a doubt, the most impressive element of the whole cathedral is its marbled floor: nearly 400 tombstones of Knights and officers of the Order. On each tombstone, one sees the crest, coat-of-arms and epitaph of each Knight.

The earliest grave, according to AmusingPlanet.com, “dates back to 1606, 25 years after the church was opened.” The last body to be put to rest in the cathedral was buried in the 19th century. Today, the cathedral is one of the most popular tourist attractions in Malta. 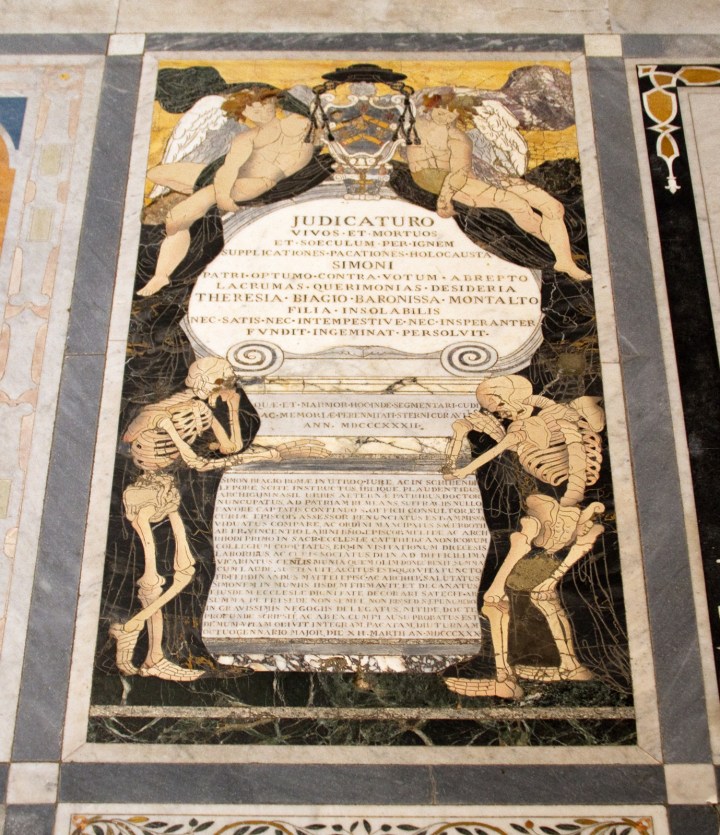