India pushes to make every car electric by the year 2030 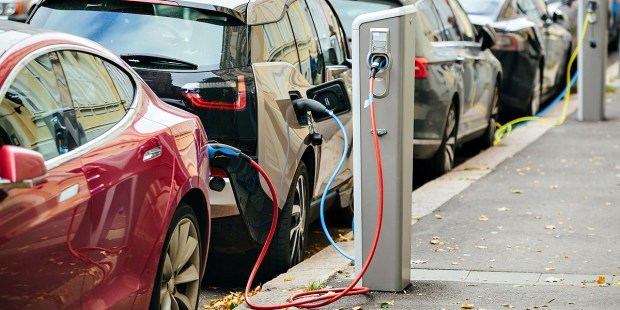 The country’s growing economy is fueling a huge appetite for gas and a bigger pollution problem.

The Indian government is vaulting ahead of the United States and other countries in the race for green energy with its announcement last month that it will make all of its cars electric by the year 2030.

“By [that year], not a single petrol or diesel car should be sold in the country,” power minister Piyush Goyal said at a Confederation of Indian Industry, as reported by the Times of India.

An article in Quartz Media cites India’s growing dependence on foreign oil imports as an incentive for this radical shift to electric vehicles (EVs). With the country’s growing economy has come an increase in the number of passenger vehicles on the road, leaving India as the world’s third-largest oil importer. The move could save the country $60 billion by 2030.

Switching to EVs would also do something to reverse India’s problem with air pollution, concentrated in the country’s cities. According to Greenpeace, Delhi is India’s most polluted city with concentrations of particulate matter 13 times the limit set by the World Health Organization. The Greenpeace report, entitled “Airpocalypse,” concluded that 2.3 million deaths occur each year in India as a result of air pollution.

“India’s pollution trends have been steadily increasing, with India overtaking China in number of deaths due to outdoor air pollution in 2015,” the report said.

Whether India’s ambitious plan to replace gas-powered vehicles with electric ones can succeed in such a short period of time remains to be seen. The plan would limit the registration of gas cars, subsidize the EV industry, and shift resources to create electric charging stations, according to the article in Quartz.

If the plan is successful, your first electric car might just be one made in India.