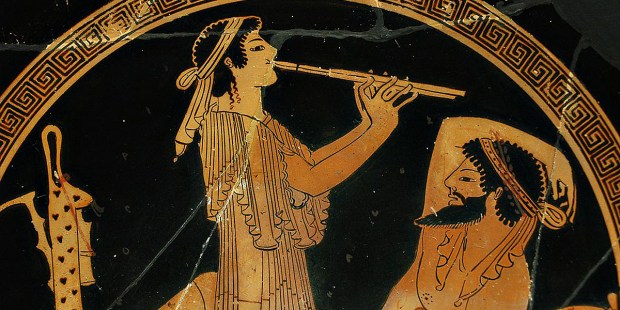 A group of scholars managed to play songs more than 2,000 years old.

Professor Armand D’Angour, musician and classics professor at Oxford, is bringing back to life a series of classical Greek melodies that had not been heard in literally thousands and thousands of years, as read in the article published by Faena.com

We often forget that the texts of Homer, Euripides, Sophocles and Aeschylus, among many other classical authors, were originally sung, accompanied by lyres, flutes and various percussion instruments.

Two thousand years later this group of scholars have found a way to reproduce almost exactly the way these “songs” — written approximately between the years 750 and 400 BC — were played in those days. Professor D’Angour explains:

The instruments of ancient Greece are known thanks to descriptions, paintings and archaeological remains, which allows us to establish the sounds and the range of tones they produced.

And now, from several dozen documents inscribed with a vocal notation drawn around 450 BC, which consists basically of alphabetic letters and signs placed above the vowels in Greek words, new insights have emerged around the music of ancient Greece.

The Greek had solved the proportions of mathematical intervals. The notation gives us an accurate indication of relative pitch.

If you are curious about how these songs sounded, you can listen to David Creese, a classicist at the University of Newcastle, playing “an ancient Greek song taken from inscriptions in stone.” The author of the song, according to Archaeology Magazine, was Seikilos.