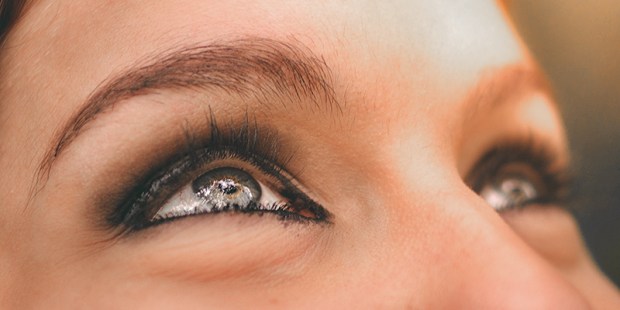 The Ascension contains a promise. The challenge is choosing to accept it.

As they were looking on, he was lifted up, and a cloud took him from their sight. While they were looking intently at the sky as he was going, suddenly two men dressed in white garments stood beside them. They said, “Men of Galilee, why are you standing there looking at the sky? This Jesus who has been taken up from you into heaven will return in the same way as you have seen him going into heaven. —Acts 1:9-11

In her novel Gilead, Marilyn Robinson shares the story of Reverend John Ames who, looking back on a life of pastoral service, love, loss, faith, and hope, tells his young son:

Sometimes the visionary aspect of any particular day comes to you in the memory of it, or it opens to you over time. For example, whenever I take a child into my arms to be baptized, I am, so to speak, comprehended in the experience more fully, having seen more of life, knowing better what it means to affirm the sacredness of the human creature. I believe there are visions that come to us only in memory, in retrospect.

The New Testament is also a story of how memory shapes vision and the course of life itself.

Having lived alongside Jesus, his followers—including Mary and the Apostles—had to discern what his life, death, resurrection, and return to the Father revealed about who Jesus was and what God was asking of each of them. Their memories of his words and actions inspired them to go beyond the comfort zones and religious tradition, to risk becoming something more — and their faith and courage changed the world.

An understanding of Jesus’ return to the Father—of his Ascension into Heaven—was one of those visions “that come to us only in memory, in retrospect,” just like the experience of Jesus’ Resurrection could only be more fully understood after the disciples lived their Easter faith through years of praying, preaching, communion, fidelity, and suffering.

In his book Living Jesus, Luke Timothy Johnson reflected that “the withdrawal of Jesus is not so much an absence as it is a presence in a new and more powerful mode: when Jesus is not among them as another specific body, he is accessible to all as life-giving spirit.” Although, for many believers, the Ascension of Jesus seems to focus on his departure, the truth of the Ascension is that Jesus is still alive in our midst, but in a new way.

The Solemnity of the Ascension is a celebration of two promises. First, Jesus has promised that he will send us the Holy Spirit, the Advocate, to guide and sustain the growth of the Church. Beyond this, the Ascension also contains a promise about what is now made possible for us in Christ:

May the eyes of your hearts be enlightened,
that you may know what is the hope that belongs to his call,
what are the riches of glory
in his inheritance among the holy ones,
and what is the surpassing greatness of his power
for us who believe,
in accord with the exercise of his great might.
(Ephesians 1:18-19).

The challenge for us is to live in this promise.

It is so easy for us to become weighed down by our day-to-day responsibilities and the legion of distractions and diversions that are such a part of our contemporary culture that the hazy promise of some future reality (however glorious) can’t really compete. And yet, as Christians, this is who we are: “Why do we on earth not strive to find rest with him in heaven even now, through the faith, hope and love that unites us to him? While in heaven he is also with us; and we while on earth are with him. He is here with us by his divinity, his power and his love. We cannot be in heaven, as he is on earth, by divinity, but in him, we can be there by love” (Saint Augustine of Hippo in Sermo de Ascensione Domini).

Jesus disappears from the disciples’ physical sight so that he might become more present to the eyes of their hearts.

We are called to foster the same spirit of discernment that the Apostles and the first generations of Christians practiced as they gradually came to understand who Jesus was and could be for them. The vision of the glorified Lord, a promise of future glory, is something we can realize and live here and now.

What does the Solemnity of the Ascension mean to you? How does it challenge you to expand your understanding of who Jesus is?

How does the Apostles’ ongoing discernment and search for the Lord inspire you to see Christ at work in the world today?

How does this celebration strengthen your hope and trust in God’s presence and action in your life?

Words of Wisdom: “The Ascension doesn’t indicate Jesus’ absence, but rather it tells us that He is living among us in a new way. He is no longer in a particular place in the world as He was before the Ascension. Now He is in the Lordship of God, present in every space and time, close to each of us.”—Pope Francis