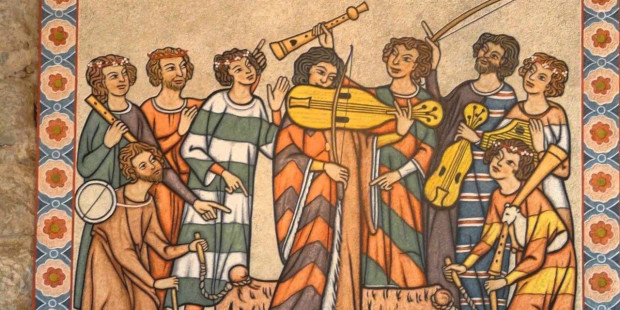 Enjoy one hour of Qiyan music, thanks to YouTube.

From the 8th to the 13th centuries, a very special group of women, enslaved by the caliphate of Córdoba, were trained to be exceptional composers, musicians, singers, poetry writers and dancers. They were known as the Qiyan. Other sources, though, indicate they were not slaves, but instead exceptionally talented women who offered their highly demanded services in the highly refined Andalusian courts. Whether they were slaves or courtiers, their poetry and songs became so well known that some of the Qiyan’s love songs may even have been one of the main influences on the music of the French troubadours, including William IX. Here, we wanted to share some of the Qiyan music of Andalusía, as we found it on YouTube’s “Traditional Music Channel.”