Vatican in brief: Oldest religious sister in the world dies at 110 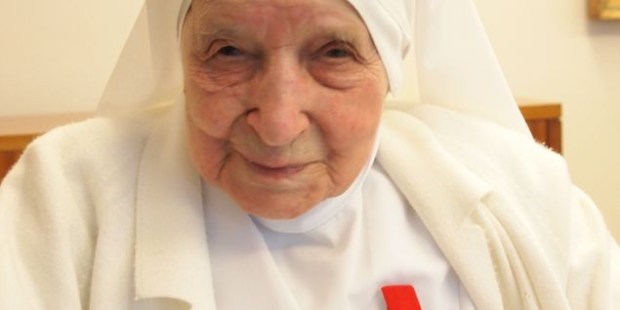 Your news update from the Vatican

Awarded for protecting Jews: The Raoul Wallenberg Foundation will present the ‘Houses of Life’ award to the Pontifical Portuguese College in Rome, on May 30, 2017, for protecting Jews and other persecuted persons during the Second World War. The French Pontifical Seminary in Rome received this distinction on May 9, for saving some fifty people.

Attack against Copts: “Those who have carried out these atrocities are the instruments of evil,” Cardinal Leonardo Sandri, Prefect of the Congregation for the Eastern Churches, said on May 28, 2017 in an interview at the Italian news outlet Corriere della Sera. The high-ranking prelate was reacting to the latest Islamist attack on Copts who would not deny their faith. The bus attack, which occurred on May 26 in Minya, Egypt, left 29 dead. The terrorists want to “break dialogue and coexistence” between the religions, Sandri said.

New US bishop: Pope Francis has appointed a new bishop for the diocese of Pensacola-Tallahassee (Florida): Fr. William A. Wack, CSC, of the US “Moreau” province of the Congregation of the Holy Cross. Fr. Wack, born on June 28, 1967 in South Bend, Indiana, most recently served as the parish priest of St. Ignatius Parish in Austin, Texas. Other than his native English, Fr. Wack also speaks Spanish.