An easy way to get over your fear of criticism 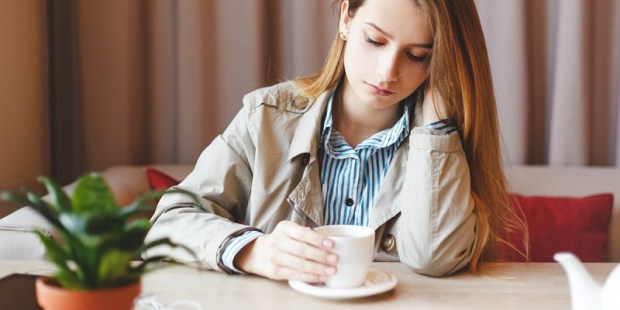 Start by separating your actions from your value.

Two studies done on kindergarten-aged children found out something surprising — that certain types of praise are as bad as criticism. Whether a child is told “You’re stupid,” or “You’re brilliant,” the result can “create vulnerability and a sense of contingent self-worth.”

Read more:
5 Old-fashioned habits worth resurrecting in a fast-paced world

That phrase, “contingent self-worth,” really stands out to me, because it’s not just a problem that children suffer from. I wrestle with this all the time. The study explains that “when children feel they have failed, they think they are bad.” Do you see the difference? Failing is not the same as being a failure, and mixing up the two ideas makes you much less likely to find the motivation to try again.

To me, this explains why criticism of any kind hits me like a punch to the gut, and I know I’m not alone in this experience. We’re so afraid of hearing “Your work is sub-par,” or “You’re doing it wrong,” because we’ve subconsciously tied our sense of self-worth to our performance. We don’t take the comment as criticism of our actions, but of our self-worth. No wonder criticism can be excruciating.

I realized that if I ever wanted to build up my sense of self-worth, I was going to have to untie the two, otherwise any time I make a mistake, my entire sense of self is at stake. So how do I separate my own value from my actions’ merit, in my mind?

The study gave me a head start on answering this question, since it it strongly differentiates between saying, “It was wonderful how hard you worked on that,” praising the effort, from saying, “You’re a genius,” praising the person himself.

Well, if taking praise or criticism as an indicator of self-worth can wreak so much havoc in our minds, I want to use that to my advantage.

Read more:
What humans can do that angels can’t

When I’m reeling from a particularly cutting critical comment, I’m rarely in a rational enough headspace to say firmly to myself, “Hold on a sec. You are still a child of God, whose value, regardless of your actions, is inestimable!” But when I’m feeling on top of the world from a compliment I was really hoping to get, it’s another story.

I’m usually inclined to let my compliments serve as proof that I actually am worthy of respect and love. But now I know that this approach is basically just as bad as letting criticism eat away at my sense of worth. So I figure, if I can untangle praise from self-worth, maybe the other will follow.

I’m making a resolution. The next time I get a compliment, I’m going to allow myself to be pleased, but make a point to remember that it isn’t my actions that determine my worth. It’s who I am — a child of God, a human being — that gives me my value.

The nice thing is that although it’s really hard to believe in your value when you’re down on yourself, you can afford to be magnanimous with yourself when you’re already pleased and blushing.

Eventually, I hope, this attitude can become a habit, and I won’t have to think so hard about it. If I can untangle my self-worth from my actions when I’m happy, it shouldn’t be too long before I can do the same when I get criticized. Then sure, criticism will be disappointing, but it maybe it won’t sting quite so bad.