The Coptic martyrs of Minya: poignant accounts of their final moments 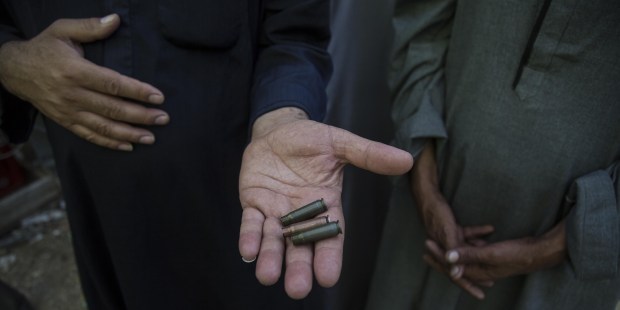 Just days after 29 Coptic Christians were murdered by ISIS in central Egypt, accounts have emerged which testify to their admirable end.

While celebrating the liturgical feast of the Lord’s Ascension into heaven, as they made their way to the monastery of St. Samuel, 200 kilometers south of Cairo, dozens of Coptic pilgrims were murdered in a bloody ambush carried out by the Islamic State.

At least 29 persons were killed, and 25 wounded, as the terrorists opened fire on the pilgrims. It was the fourth attack against Christians in Egypt since December to be claimed by the ISIS, and comes in the wake of the suicide bombing on two churches in Cairo, in early April, that killed 45 Copts.

According to several witnesses, in the case of the Minya attack everything seems to indicate that the Egyptian Copts who were killed on Friday — many of them children — died as objective martyrs of the Faith. After robbing the pilgrims of their money, their jewels and other precious effects, witnesses say the terrorists told them to apostatize and pronounce the Islamic profession of faith: the shahada. The captives, kneeling, categorically refused. According to reports, they were immediately shot in the neck, head, throat or chest.

The French daily, the Libération, on Monday published the poignant account of its special envoy in the village of Nazlet, a town that is mourning seven victims:

“A dozen masked and armed men cut us off and asked us to renounce God. They were told no; there is no question about it, so the massacre began,” one woman said.

“We must be proud of our beloved dead. None of them denied God. They died as believers. They are our martyrs.”

“They drove the men off the bus, took their ID cards and the gold they had on them, including their wedding rings.” Then “they asked them to pronounce the Muslim profession of faith,” says Maher Tawfik, a man who came from Cairo to Bani Mazar in Minya Province to support his bereaved parish.

Fr. Rashed, like his brother priest in Nazlet, also emphasized the heroism and faithfulness of the victims:

“They asked them to deny their Christian faith, one by one, but they all refused,” the priest said.

One survivor, a small boy who seemed to be about six, said his mother pushed him under her seat and covered him with a bag, CBC news agency reported.

At the Vatican on Sunday, after praying the Regina Caeli with faithful and pilgrims gathered in St. Peter’s Square, Pope Francis himself described the Coptic Christians who were massacred on Friday as “courageous martyrs.”

“The victims, who included children, were faithful who were traveling to a shrine to pray, and they were killed after they refused to deny their Christian faith. May the Lord receive into His peace these courageous witnesses, these martyrs, and convert the hearts of the terrorists,” the pope said.

In a poignant coincidence, President Al-Sissi of Egypt had a church built in the city of Minya to pay tribute to the 20 Egyptian Coptic Christians slain by Daesh on a Libyan beach on February 15, 2015. The victims, who were originally from the region, are also thought to have died as martyrs. Many of them pronounced the Name of Jesus before their throats were slit. They are now included in the catalog of the Coptic Saints and are remembered on February 15.

“Their only words were: ‘Jesus, help me!’,” Pope Francis said on February 16, 2015, one day after their death. “They were killed simply for the fact that they were Christians…. The blood of our Christian brothers and sisters is a testimony which cries out to be heard…. Their blood confesses Christ.”