The unlikely connection between Sts Therese and Joan of Arc 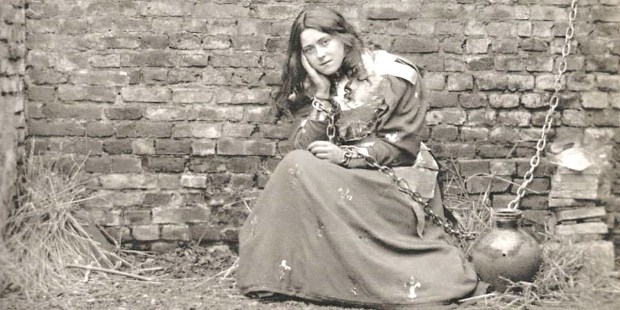 Why did a contemplative nun find inspiration in a religious warrior?

It may be surprising to learn that Saint Thérèse of Lisieux, commonly known as the “Little Flower,” found constant inspiration not in a contemplative nun, but in the religious warrior Saint Joan of Arc. Why is that?

Joan of Arc was not canonized until 1920 and so during Saint Thérèse’s lifetime the revered French woman was not officially regarded as a saint. However, the cause for Joan of Arc’s canonization was very active and received more recognition in 1894, dubbed the “Year of Joan of Arc” in France, which culminated in Pope Leo XIII’s declaration of Joan as “venerable.”

Thérèse learned about Joan of Arc when she was a little girl, reading about her life and her many pursuits on the battlefield. This greatly impacted her and influenced her vocation, as she relates in her autobiography.

[In] my admiration of the patriotic deeds of the heroines of France, especially of the Venerable Joan of Arc, I longed to do what they had done. About this time I received what I have looked on as one of the greatest graces of my life, for, at that age, I was not favored with lights from Heaven, as I am now. Our Lord made me understand that the only true glory is that which lasts for ever; and that to attain it there is no necessity to do brilliant deeds, but rather to hide from the eyes of others, and even from oneself, so that “the left hand knows not what the right hand does.” Then, as I reflected that I was born for great things, and sought the means to attain them, it was made known to me interiorly that my personal glory would never reveal itself before the eyes of men, but that it would consist in becoming a Saint.

Resolved to do great deeds by becoming a hidden saint, little Thérèse entered Carmel and spent the remainder of her life in the cloister. While there, she retained her desire to imitate the heroism of Joan of Arc and explained in her autobiography how she, “should like to accomplish the most heroic deeds–the spirit of the Crusader burns within me, and I long to die on the field of battle in defense of Holy Church.”

Thérèse possessed a fiery desire to do many heroic deeds for Jesus Christ and even wanted to be sent as a missionary to far away lands. However, Thérèse’s illness prevented her from doing much else besides praying and suffering with Christ. In this Thérèse discovered her vocation and decided she would be “love” in the heart of the Church, thus fulfilling all of her desires.

She realized that she did not need to be sent away to die on the battlefield, for she had her own interior battlefield, daily overcoming her selfish tendencies. Virtue became her standard and charity vanquished any foe she encountered.

While in the cloister Thérèse constantly returned to the life of Joan of Arc for inspiration and penned two plays in her honor. One was called, “The Mission of Joan of Arc” and the other, “Joan of Arc Accomplishing Her Mission.” She also wrote several poems directed to Joan of Arc. One of them was titled, “Canticle to Obtain the Canonization of the Venerable Joan of Arc” and includes the following lines:

7. It is not Joan’s victories
We wish to celebrate this day.
My God, we know her true glories
Are her virtues, her love.

8. By fighting, Joan saved France.
But her great virtues
Had to be marked with the seal of suffering,
With the divine seal of Jesus her Spouse!

10. Joan, you are our only hope.
From high in the Heavens, deign to hear our voices.
Come down to us, come convert France.
Come save her a second time.

12. Sweet martyr, our monasteries are yours.
You know well that virgins are your sisters,
And like you the object of their prayers
Is to see God reign in every heart.

4 Refrain:
To save souls
Is their desire.
Ah! Give them your fire
Of apostle and martyr!

So while it may seem they are a strange pair, the two saints were both warriors in their own ways. The same passion that drove Joan of Arc to defeat all odds and save France kept alive the flame of love in the heart of Thérèse. In the words of Saint Paul, they both “fought the good fight … finished the race [and] kept the faith” (2 Timothy 4:7). Their examples remind us that no matter what we do in life, we must have a passion for doing God’s will and seeking heroism on the battlefield of the heart.