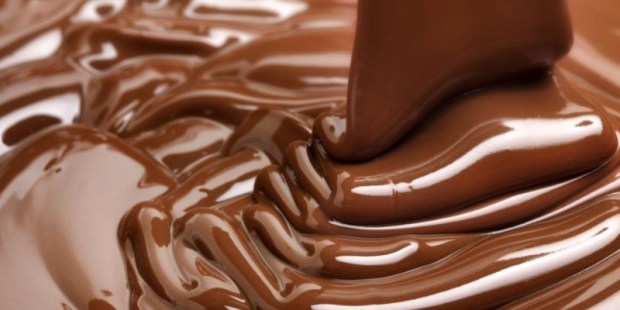 Is there any problem chocolate can’t solve?

Romantics have long considered chocolate a mood lifter and a good treatment for the blues. This is because there are over 300 naturally occurring chemicals in chocolate, one of which is tryptophan, a chemical which causes the body to release serotonin, a mood lifter. Another chemical found in chocolate is phenylethylamine, also known as the “love drug” which raises the heartbeat and can produce a euphoric feeling.

Now studies have shown there may be more benefits to eating chocolate than happiness. Munchies from Vice reports the risk of a heart defect known as atrial fibrillation (AF) is substantially lowered in subjects who eat chocolate between 2 and 6 times a week:

It’s worth noting, however, that daily chocolate eaters were only 16 percent less likely to develop AF, meaning that two to six times per week seems to be the sweet spot. It’s also worth mentioning that dark chocolate seems to have more health benefits than your run-of-the-mill super-sweet milk chocolate, probably because of its flavonoid levels.