Lasting marriages are possible when you stop chasing happiness 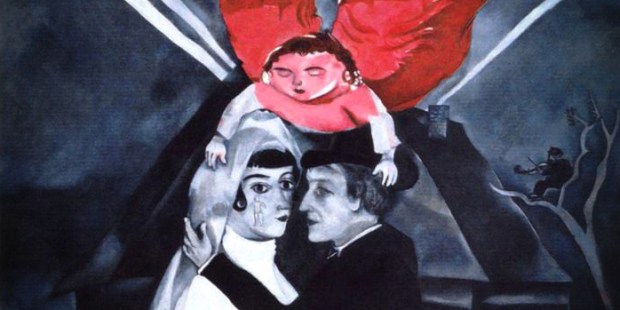 Ironically, living out a teaching not primarily concerned with your pleasure can make you happy.

We must rethink marriage, says Oxford’s professor of gerontology, because we now live longer. She thinks people might start living to 120 or 130. “We have to look, with these very very long lives,” says Sarah Harper, “whether we do want to be together for 50, 60, 70, 80, 100 years.”

I think she would answer, “Not if you don’t want to be.” Most people outside the Church see marriage as an arrangement we design ourselves for our own purposes. We keep it up as long as we feel it works. Many feel that you probably can’t sustain your love for the same person over the decades. People change. Your marriage will become routine, settled, domestic, which they take to mean dull and boring. You can either “settle” or you can strike out afresh. Your choice.

Staying married for life, says the English bestselling writer Julie Burchill, is “more difficult for us than it was for the Victorians as we live so long — and even more importantly stay young in our minds for so long.” She’s on her third husband, the first two having proved unsatisfactory.

She explains that “Some people — my first husband Tony Parsons, for example — were born middle-aged. Others, like me, can’t seem to grow up no matter how hard they try.” For Burchill, mind you, not growing up is perfectly all right. That’s staying young in your mind. It’s better than becoming middle-aged like her first husband.

Responding to the professor’s comment, the journalist Cosmo Landesman writes ruefully, “Even though at heart I believe in the traditional till-death-do-us-part marriage, I accept that one size, or style of marriage, doesn’t suit everyone. Unfortunately, my dream marriage doesn’t suit me. (Or I don’t suit it.)” He’s been divorced twice and is actively looking for his third wife.

He loved his first marriage, he says. “It was a great ten-year marriage, until the fun and laughs ran out — and then she ran out too, driven by love and boredom into the arms of another woman.” That wife was Julie Burchill, who told an interviewer, “I was Cosmo’s first wife, and he didn’t seem to quite understand that if you don’t make someone happy, they will leave you, if they have any spirit.”

They seem to have been a train-wreck of a couple. Burchill’s irreverent jokiness and Landesman’s regretful jokiness may amuse people like them. My grandmother would have called it “whistling past the graveyard.” I find it sad, though understandable. I hope it’s a way of dealing with deep pain and not as shallow as it seems.

The Church’s teaching on marriage doesn’t ask whether or not you can feel love for your spouse over the decades. Marriage is a state to which you are called, which requires you to live a certain way. In the section titled “The effects of the sacrament of matrimony,” the Catechism of the Catholic Church begins with, “in a Christian marriage the spouses are strengthened and, as it were, consecrated for the duties and the dignity of their state by a special sacrament.”

Duties, note, in the sentence summarizing the teaching that follows. Nothing about pleasures or blessings. It does mention happiness a little later, in a quote from a 2nd-century theologian, but the whole long section on marriage speaks of it as a calling only indirectly related to your feelings.

Here’s what the world would think a great irony, did it see the truth. Living out a teaching not primarily concerned with your happiness can make you happy — certainly happier than Landesman and I’d suggest happier than Burchill. More to the point, that teaching — a teaching offered with God’s promise to make perfect your weakness — can make your marriage work over decades. The Landesman/Burchill “oh, marriage, ha ha ha” reminds me of a story a priest told me years ago. I used it here.

The priest told me about a very sick man and his wife he watched at a special Mass celebrated for couples who had been married a long time. He was sitting near the altar and looked out on the front row, where the sick and handicapped had been seated. The husband lay on a gurney, having suffered for years from a degenerative disease that left him able only to move his eyes.