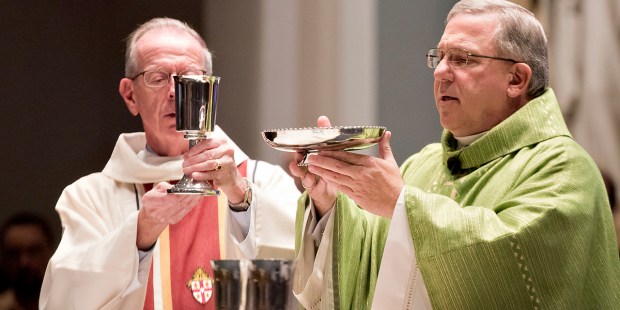 The term appears to be generic, but actually highlights its spiritual focus.

After Pentecost the Church resumes what is now called the season of “Ordinary Time.” But what does that really mean? Is it some sort of generic season in the Church that has no focus?

On the contrary, Ordinary Time has a specific focus even though the English name for it can be confusing. In Latin this period of time is called “Tempus Per Annum,” more literally translated as “time during the year.” The English translators chose to present it as “Ordinary Time,” which has at its root the Latin word “ordo,” or in English “order.” In one sense this season takes its name from the ordinal numbers by which the Sundays are known (Second, Third, Fourth, etc. Sunday in Ordinary Time).

In a deeper sense, though, Ordinary Time can be seen as a “time of order” in the Church’s year. What “order” does it have?

Christmas Time and Easter Time highlight the central mysteries of the Paschal Mystery, namely, the incarnation, death on the cross, resurrection, and ascension of Jesus Christ, and the descent of the Holy Spirit at Pentecost. The Sundays and weeks of Ordinary Time, on the other hand, take us through the life of Christ. This is the time of conversion. This is living the life of Christ.

Ordinary Time is a time for growth and maturation, a time in which the mystery of Christ is called to penetrate ever more deeply into history until all things are finally caught up in Christ. The goal, toward which all of history is directed, is represented by the final Sunday in Ordinary Time, the Solemnity of Our Lord Jesus Christ, King of the Universe.

The color for this liturgical season is green, which is most associated with growth. Ordinary Time is then viewed as a time of growing in our knowledge and love of Jesus. It is a time “ordered” to spiritual growth, walking in the footsteps of Jesus’s public life.

So while the season’s name may appear to be an afterthought, it is not without meaning.