“Hypocrisy can tear your soul to pieces,” Pope Francis warns 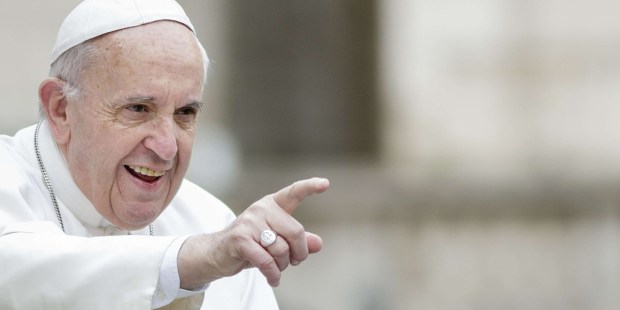 VATICAN CITY — Today, Pope Francis urged Christian to be truthful, warning them against flattery and hypocrisy.

The pope’s words came during his homily at morning Mass in the chapel of his residence at Santa Marta.

The Pope explained that Jesus often uses the adjective “hypocrite” to describe the doctors of the law because they claimed to have higher standards or more noble beliefs that was actually the case; and they proffered their opinions and issued judgements, but in reality they are false.

Reflecting on today’s Gospel, the Pope said: “The hypocrite always uses language to flatter” just like the Pharisees who tried to ensnare Jesus in his speech.

The pope recalled the case of a priest he met a long time ago whom, he said, “drank-up all the flattery. That was his weakness.”

Jesus makes us see reality which is the opposite of hypocrisy and ideology.

Flattery, the pope said, is triggered by “bad intentions” as in the case of the doctors of the law in today’s readings. They put Jesus to the test, flattering him first and then asking him a question with the intention of making him fall into the wrong: “Is it lawful to pay the census tax to Caesar or not?” The pope continued:

“A hypocrite is two-faced, but Jesus knew their hypocrisy and said: ‘Why are you testing me? Bring me a denarius to look at.’  Jesus always responds to hypocrites and ideologogues with reality: ‘this is the reality; everything else is either hypocrisy or ideology’. In this case he said: ‘bring me a coin’, and he answered with the wisdom of the Lord: ‘Repay to Caesar what belongs to Caesar – the reality was that the coin carried the image of Caesar – and to God what belongs to God’.”

It begins with flattery and ends up destroying people. “It tears the personality and soul of a person to pieces. It destroys communities.”

“Hypocrisy is so bad for the Church,” the Pope said with a warning to all those Christians who fall into this sinful and destructive attitude.

“The hypocrite is capable of destroying a community. While speaking gently, he ruinously judges a person. He is a killer,” he said.

“Let us ask the Lord to guard us against this vice, to help us to be truthful, and if this is not possible, to keep silent – but never to be a hypocrite” he said.