A conscience clause in politics: Yea or nay? 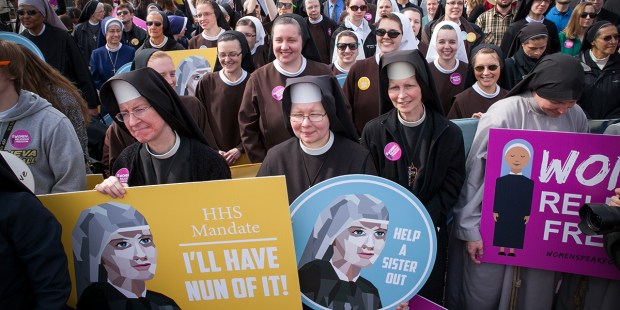 Religious exemptions and conscience clauses seem like weak and meek sauce, when facts and morals are on our side.

What do these phrases have in common? “Hocus-Pocus.” “Abra-Cadabra.”  “Conscience Clause.” All three are used to stimulate the illusion of magic, and the power of wishful thinking. An exaggeration? I’m afraid not.

A conscience clause is a legislative provision that relieves a person from compliance on religious grounds. It permits pharmacists, physicians, and other health care providers not to provide certain medical services for reasons of religion or conscience. The provision is most frequently enacted in connection with issues relating to reproduction, such as abortion, sterilization, and contraception, but may include any phase of patient care.

Last week, many celebrated when Donald Trump signed an executive order providing an exemption for employers having religious objections to Obamacare’s requirement that they pay for their employee’s contraceptives and abortions. This executive order seemed to vindicate those at a medical ethics conference a few years ago, whom one wag described as, “running around, comparing ‘conscience cause formulas’ like grandmothers swapping recipes at a Christmas cookie exchange.” “We” have our conscience clause now, and can breathe a sigh of relief.

Moreover, an executive order—like a restraining order, or even a law, like any mere piece of paper—cannot  by itself, stop an angry mob, or a faceless group of unaccountable bureaucrats with badges and guns at their disposal. Only a culture based on truth and virtue can secure the well-formed Catholic conscience.

As I wrote in my first three columns in this series on conscience (FIRST, SECOND, THIRD), conscience is commonly misunderstood as, “my personal preference regarding right and wrong.” So understood, a conscience clause is a request that society respect my (merely) personal preferences. A religious exemption based on conscience (which many Catholic healthcare providers and clergy have argued for) is simply a request that society excuse a peculiar Catholic quirk—a kind of squeamishness (some) Catholics have regarding contraception and abortion. We are engaging in the illusion of magic (that is, wishful thinking), if we believe that we will be well served by a conscience clause as our first, last and only line of defense.

I know of a medical ethics professor who related that when his students learned the scientific facts regarding contraception and abortion, and learned the moral law arguments regarding both, they were puzzled that anyone would then turn first (and only) to a conscience clause in refusing to participate in these practices. They said: “But we can prove that abortion and contraception are bad medicine! And we can demonstrate that these are intrinsically evil. Why hasn’t that been done, instead of making excuses for ourselves by asking for religious exemptions based on conscience? The evils of abortion and contraception are matters of fact—not faith!” The professor did not have a satisfactory answer for them.

As I see it, the danger of reliance on (religiously-grounded) “conscious clauses” are threefold:

2) It privatizes the publicly demonstrable empirical and moral qualities of contraception and abortion, and reduces objections to these as mere personal preference.

3) It obscures the need and obligation to build a culture of life based upon the truth about God and man. A conscience clause may help us to sleep at night, but it will do so only for just a little while.

We must begin to ask ourselves, our healthcare providers, and our religious leaders, why we are asking for religious exemptions and conscience clauses, when we have facts and morals on our side. Failure to do so is, at best, culpable negligence, and may be, at worst, the bitter fruit of the sin of despair.

When I write next, I will speak of losing faith in our times. Until then, let’s keep each other in prayer.