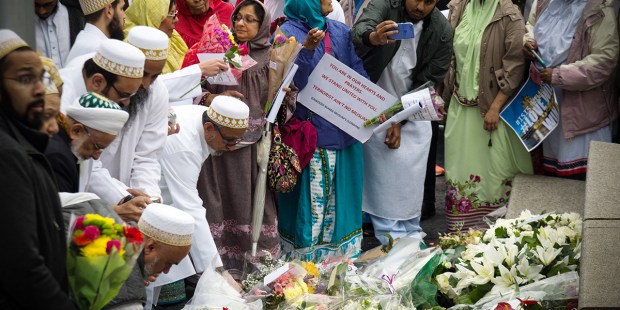 A group of Islamic leaders in Britain have, in effect, excommunicated the perpetrators of recent terrorist attacks there.

In a strongly worded statement signed by almost 200 imams and other religious leaders, the terrorists were condemned as criminals whose actions were so contrary to Islamic principles, they say, that they do not deserve the traditional funeral prayers offered for Muslims.

“We seek to clarify that their reprehensible actions have neither legitimacy nor our sympathy,” said a statement issued Monday by the Muslim Council of Britain, a a national representative Muslim umbrella body with over 500 affiliated national, regional and local organizations, mosques, charities and schools. “We pray to God that the perpetrators be judged in accordance with the gravity of their crimes in the hereafter. Their acts and wilful dismissal of our religious principles alienates them from any association with our community for whom the inviolability of every human life is the founding principle.

“Consequently, and in light of other such ethical principles which are quintessential to Islam, we will not perform the traditional Islamic funeral prayer for the perpetrators and we also urge fellow imams and religious authorities to withdraw such a privilege. This is because such indefensible actions are completely at odds with the lofty teachings of Islam,” the statement said.

“These vile murderers seek to divide our society and instil fear; we will ensure they fail,” it continued. “Such criminals defile the name of our religion and of our Prophet, who was sent to be a mercy to all creation.”

“When a Muslim dies, a special prayer is held at the end of the noon or afternoon prayer before the deceased is carried to the cemetery and buried,” explained Anouar Majid, author of Islam and America: Building a Future without Prejudice, in an interview. “Basically [one is] praying for the dead person’s soul.”

The Muslim Council of Britain’s reference in the statement to the divine judgment of the perpetrators “in accordance with the gravity of their crimes” calls to mind the popular notion that those who die as “martyrs” while seeming to advance the cause of Islam will be richly rewarded in the afterlife. Speaking in Saudi Arabia on his first international journey as president, Donald J. Trump said this: “Religious leaders must make this absolutely clear: Barbarism will deliver you no glory – piety to evil will bring you no dignity. If you choose the path of terror, your life will be empty, your life will be brief, and your soul will be condemned.”

The next day, May 22, 22-year-old Salman Abedi killed himself and  22 concert goers, including many children, when a shrapnel bomb in his backpack detonated at the entrance of a concert venue in Manchester.

Commenting on the proximity of the two events, Islam expert William Kilpatrick wrote: “The question is, what do Muslim religious leaders think about the Manchester murderer—or is he the Manchester martyr? Has he gone straight to paradise, or has he ended up in the other place? It’s not an academic question. The lives of countless potential victims of jihad terror depends on the answer.”

The Muslim Council of Britain may have taken a first step in answering that question. By Tuesday afternoon the statement had gathered 185 signatures representing mosques and Islamic schools and institutions throughout Great Britain.