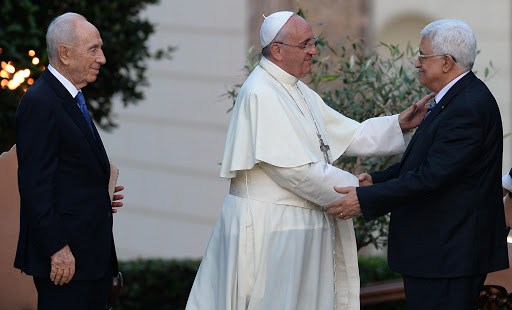 “In our days, there is a great need to pray – Christians, Jews, and Muslims – for peace.”

VATICAN CITY — Pope Francis today launched an appeal for prayer and international participation in the “One Minute for Peace” initiative to be held on Thursday, June 8, 2017, at 1:00 pm Rome-time (7:00 am EST).

Speaking at the conclusion of his Wednesday general audience in St. Peter’s Square, the pope said the initiative represents “a short moment of prayer on the anniversary of the meeting in the Vatican between me, the late Israeli President Peres, and the Palestinian President Abbas.”

Their encounter took place in the Vatican Gardens on June 8, 2014, during which the three men prayed together for peace.

“In our days, there is a great need to pray – Christians, Jews, and Muslims – for peace,” Pope Francis said.