How the Catholic Church complicates our politics 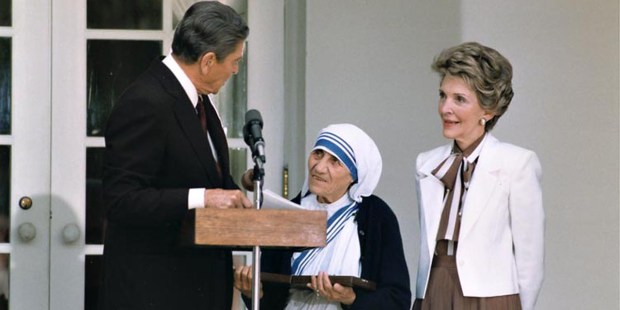 “I’m not,” declares the writer, “a liberal or a conservative. I’m a Catholic.” I see and hear versions of this a lot, especially in my Facebook feed, and I think most of us know the feeling. Neither major party inspires confidence. I keep thinking of the pop song of my childhood, whose chorus went: “Clowns to the left of me, jokers to the right, here I am stuck in the middle with you.”

That declaration makes sense. It is something the faithful Catholic ought to say as a statement of his fundamental conviction, even if he finds himself a liberal or conservative in practice. It publicly anchors him to a position he can’t abandon when political life tempts him to do so, for example when being a good party member requires him to deny the needs of the poor or the unborn child’s right to life.

Catholic Social Teaching doesn’t map well onto American politics today. Taken as a whole, it speaks more highly of economic freedom than most liberals like and more highly of the need for government to correct the market than most conservatives like. It definitively rules out the social darwinist forms of libertarianism and the collectivist forms of socialism.

Faithful Catholics will weigh the two concerns differently and find the best balance in different places. They will make different prudential judgments about the market and the state. They will have different ideas of how the preferential option for the poor can best be pursued. As a result, they will wind up in different political parties, if they join one at all. (There’s always the Dorothy Day-style anarchy option as well.)

But the ones who join a party — whichever party it is — won’t be entirely comfortable. The faithful Catholic Democrat or Republican will be the one who keeps raising his hand to say, “Wait a minute” and “We’re forgetting that” and “That violates our own principles” and even “The party’s wrong about that.” He will be the one who makes the room groan when he speaks.

His partisan brethren will think him politically unreliable. He probably won’t rise very high in the party. Parties require true believers with flexible consciences. They don’t like people with more fundamental and binding loyalties than the party.

The former governor of Pennsylvania, Robert P. Casey, stands as an example of what happens to a politician in the mainstream of his party who dissents on one point of importance to its leaders. He becomes a non-person — though the party still expects his support.

Here, as elsewhere, the Church is a gift. It gives us the gift of developed reflection on social and political matters. (The Compendium of the Social Doctrine of the Church offers the best overview. I’d also much commend a careful reading of the papal statements, from Rerum Novarum to Laudato Si’ .)

If Gilbert and Sullivan were right “That every boy and every gal that’s born into the world alive / Is either a little Liberal or else a little Conservative!” (the lines are from Iolanthe), we will each see some things and not others. It’s the way we’re wired. Through her social teaching, the Church turns our heads and says “Look. There.”

She makes us see what we would not see without her direction. She pushes us to see what we really don’t want to see. When we would be happy accumulating evidence for our position (it’s called confirmation bias), she tells us to look at it the evidence against it.

The Church also gives us the gift of each other. We can do for each other what the Church does for us: turn our heads and make us see something we wouldn’t see. Other people complicate our narrative. They challenge the story through which we want to see the world.

They push us out of the hard polarities into which public debates inevitably develop. The nature of poverty and the poor, for example. On the one side, many people want to believe that the poor suffer the effects of their own bad choices. If they’re poor, it’s their fault. On the other, many people want to believe that poverty’s entirely systemic. The system makes and keeps them poor. The truth is that “the poor” covers a very large and complicated group of people and the causes can’t be reduced to either pole.