Sisters of the Fiat: "To enter into the 'Yes' of Our Lady"

In 2012, with the blessing of her archbishop, Penny Michalak founded the Sisters of the Fiat, which has a spirituality the world sorely needs right now.

Penny is a fascinating woman. Although she is the foundress of the Sisters of the Fiat, she can’t be a member of her own order, and for an understandable reason. She is married, and a mother to 14 children. She explained, “Even though it seems odd, if God asks it of someone, then you have to respond with a ‘Yes.’ Because really, the founder of anything is always the Holy Spirit.” And of course, she is exemplifying the heart of the Spirituality of the Fiat in that one, humble sentence. It’s all about saying yes to God, whatever He may be asking of you.

Thus far, the Sisters of the Fiat have just one vocation, but just as the spirituality dictates, both Penny and the sister are peacefully aware that any growth God grants to the order will be in his time.

“Fiat” is Latin for “let it be done.” It’s what Our Lady said to the angel Gabriel, at the moment of the Incarnation. This “Spirituality of the Fiat,” then, isn’t a new spirituality, since it’s rooted in Scripture, as the Sisters of the Fiat’s website explains. But its simple and powerful focus on “entering into the ‘yes’ of Our Lady,” as Penny put it, is something which we are all called to do, whether or not we are called to the religious life.

How did this spirituality come to be? The Holy Spirit’s action in Penny’s life is a story worth telling.

In 2007, Penny Michalak was swimming in the ocean, when she was stung by something unknown, and found herself deathly ill in the hospital. But on the feast of St. Maximilian Kolbe, and after the vigil Mass of the feast of the Assumption, she was suddenly healed. Close to nine months later, her daughter Elena Rose was born. Elena has Down syndrome.

During that pregnancy, she felt inspired to write and pray the Chaplet of the Fiat, which includes the repetition of Our Lady’s words, “Behold the handmaid of the Lord; be it done unto to me according to Thy word.” The Michalaks consecrated their family to Our Lady, and that’s when things got really interesting.

Soon after the consecration, Penny felt inspired to commission an image, called “Our Lady, Queen of the Fiat,” which depicts Our Lady, being assumed into heaven, light radiating from IHS on her womb, and the Holy Spirit overshadowing her. Her arms are spread out–she has totally opened herself up to the will of God.

More images followed the first, along with another Chaplet, the Chaplet of the Flagellation, and a medallion, all with the blessing of her archbishop, Joseph Kurtz.

The Spirituality of the Fiat is easily summed up, but not easily lived. Quite simply, one must remember that “To live the will of God is the key to heaven.” Our Lady is the perfect model of one who was utterly surrendered to God’s will, so followers of this spirituality are to consecrate themselves to her, using St. Maximillion Kolbe’s vow of consecration, which asks Our Lady to “take me with all that I am and have, wholly to Yourself as Your possession and property.”

Penny tells me, “Our Lady always gives more than we give,” and in this consecration, “she belongs to us and we belong to her; it’s a reciprocal relation.” Our Lady will not be outdone in her generosity. There is no gift that one can give her that she will not outdo. So this giving of oneself to Our Lady, radical as it is, comes with an immeasurably greater reward, for Our Lady takes good care of her own. 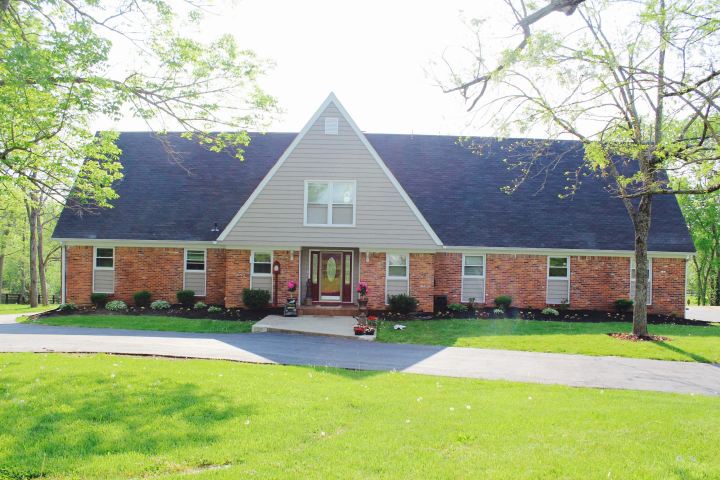