Terrorism must change us — while there is still time 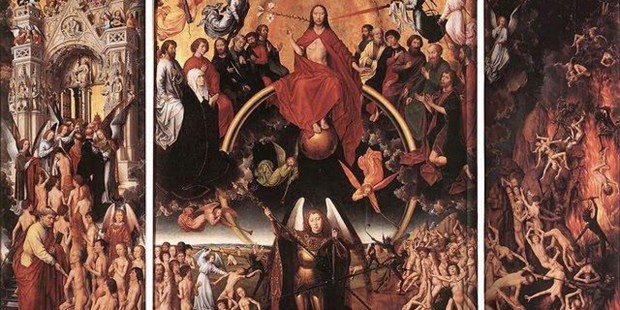 Conversion, not sentimentality or wishful thinking, is needed now

True or false? “We mustn’t let terrorism change us!” My answer:  False!  My qualifier: Terrorism can, should and must change us for the better, or the world that Christendom has built won’t survive, and the Faith won’t be handed on to the next generation.

Some worry that terrorism will change “us” for the worse.  (And who is “us”?  Presumably, the West—but non-Westerners are also subjected to Islamic-inspired terrorism.) In other words, we might fall prey to “Islamophobia” (that is, an irrational fear of all things Islamic) and start attacking Muslims on sight. In fact, that hasn’t happened in the West.

Some worry that terrorism will change us such that we will withdraw from practices of modern life that we’ve taken for granted: air travel, shopping, going to church, attending concerts, or, if you’re a woman, appearing in public without covering your head.  Alas, such changes may be inevitable.

My fear is that terrorism won’t change us in the way that we most need to be changed, namely, we need to repent, stop presuming on God’s mercy, live in a way that will allow us to be ready to face God’s judgment should death come unexpectedly, and begin rebuilding a culture that can hand on reason and the Faith to the next generation.

While I preach Christ’s victory, I find myself wondering if there will be many who will share in it. In so wondering, I’m simply echoing Jesus’s question:  “When the Son of Man returns, will he find any faith on the earth?” (Luke 18:8) Our crucified, risen, reigning and returning Lord is triumphant, and will complete his triumph—but I fear that Western civilization is not busy preparing for his return.

Not long ago, a suicide bomber killed and injured many (mostly children) as they emerged from a popular music concert in Manchester, England—a concert featuring lyrics and “dance” that were morally repulsive.

I mention this because it is long past time for us to talk about the role of parents in guiding their children through the minefield of popular culture, and what that culture is doing to the morals, minds and immortal souls of those young people who consume it. That is a subject I plan to open up very soon – indeed it is a necessary part and parcel of the discussion that follows — but first things, first: Shortly after the Manchester bombing, there were multiple terrorist attacks on and around London Bridge. We might take as proof that terrorism isn’t changing us for the better by the fact that the next day, several pop musicians held a benefit concert in Manchester to, among other things, show that “we won’t let terrorism change us.” Towards that end, there was a performance of the song, “Don’t Look Back in Anger.”

Really? Really?!? Is there no place for anger when children have been violently injured and murdered? Is there no place for righteous indignation over the slaughter of children? Saint Augustine forcefully corrects such sentiment:  “Hope has two beautiful daughters: their names are anger and courage. Anger that things are the way they are. Courage to make them the way they ought to be.”

The cult of sentimentality represented by that concert offers us not hope but wishful thinking; not anger, but stupor; not courage, but platitudes. In the aftermath of both the Manchester and London massacres, we saw an all-too-familiar display of secular ritual:  candlelight processions, hashtags, great mounds of flowers and stuffed animals, etc., that now seem to be part of the official “liturgy” of the Western response to terrorism. If that’s the best that a civilization can offer in response to the murder of its children, that civilization won’t last long.

A civilization cannot fight for itself if it ties its own hands behind its back. If we believe that our children and our Faith are worth protecting, we must act accordingly.

If we are to survive, terrorism must change us.  It must move us to conversion, to the sacraments, to Scripture, to evangelization, and above all, to the saving truth, who is Jesus Christ.

When I write next, I will address the role of parents as the primary educators and cultural formators of their children. Yes, this is connected; a culture that can offer banalities upon the physical slaughter of its children is a culture that has first lost its understanding of the spiritual slaughterhouse all around them.  Until then, let’s keep each other in prayer.

[You can hear Fr. McTeigue talk about this column with John Harper at Relevant Radio, by clicking here]