The most important lesson I learned as a father, I learned at the cross 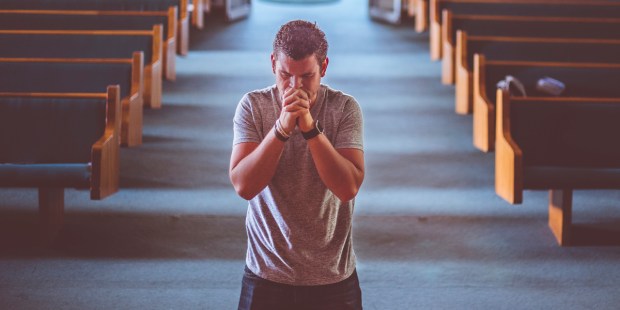 In the last 32 years, God has taught me something

Thirty-two years ago this month, I became a daddy the first time. Before heading home that incredible night, I reflected on the happenings of the day — and with a bit of a fright realized that I had no idea how to do fatherhood.

I didn’t know about diapers and brushing curly hair and dressing Barbie dolls. I didn’t know about helping someone to read and do math, to hit a baseball and kick a soccer ball, to deal with breaking up with a boyfriend or girlfriend.

(Fortunately, that first daughter and the three siblings who followed her have a mom who figured out most of those things quickly, or at least knew how to fake her way through until she did.)

As for me… clueless. And I feared that I might never learn.

So that first night, I stood over the hospital crib in which my baby girl slept. As my wife grabbed a few moments of sleep nearby, I extended my hands over Jessica. I closed my eyes and prayed something almost exactly like this:

“God, you have made me a father. I’m sure you have good reasons for doing that… but I don’t feel any confidence in this role you’ve given me. The only thing I can do, then, is to give Jessica to you. Show me how to love her. Show me how to guide her. God, I already feel so much love for her that I hardly can stand it. I don’t think I could take it if I saw her hurting or suffering. So can I make this deal with you, please? If ever she is going to suffer, please put it on me. Let my body take the blows life will dish out. Let my heart sustain the breaks. Show her happiness and divert all the pain toward me.”

I uttered basically the same prayer three times more at the birth of my other children.

In fact, I didn’t stop whispering the prayer when I left the hospital on their birthdays. Usually, I didn’t get home from work until quite late, well after everyone was in bed. Whether they were infants or teenagers, I would stand at the door to their bedroom or watch them from above their bed. I would delight in the peace and thank God for them. I would extend my hands again and would say the same prayer.

“Take any heartbreak meant for them, Lord, and place it on my heart instead.”

Was that the prayer of a loving dad? Sorta. But it was also misguided.

All we have to do is look at the crucifix to realize that my desire to take the sufferings of my children is an echo of God’s own desire. And in His divinity, He can actually do it. He suffered and died that we would not have to — at least not eternally.

But at the same time, in the strength and creativity of his wisdom, and in his respect for our free will, he also manages to bring good out of the sufferings we’ve brought on ourselves with original sin and all that followed. So perhaps my prayer should have been more along the lines of, “When my child faces the trials of this life, please make sure she knows that you’re there with her, that she might never suffer alone.”

As I look over the trials of my own life, I know that’s what God has done. My relatively weak, inept, still-growing faith has made the most progress during times of trial. Deaths of friends and grandparents. Uncertainty about work and finances. Waiting for someone’s medical test results or following an ambulance carrying a daughter to the hospital. When my wife was hurting in any way. When my anxiety wouldn’t allow me to comfortably be around family or friends or when the roaring lion of depression pushed me to the brink of some frightening places. In each situation and so many others, I knew of only one place of grace to turn.

Sometimes, I tried to make it on my own – with abysmal results. Other times, I called out to God and begged Him to love me through my dark circumstances. In those cases, I emerged with greater faith and love for my Lord.

So I’ve stopped saying the prayer I prayed on my first child’s birthday. I don’t pray it now for my grandsons. Instead I say, “Thy will be done.”

God might allow a great deal of pain and sorrow to overwhelm my kids at times. That is life in this fallen world, after all. And I will suffer with them when seeing that. But I have to buck up and realize the rest of God’s will: He allows His children to suffer because He knows He will meet them in that loving, incredible way that only God can.

Turns out God can teach even a clueless man how to be a faithful dad after all.