From the left: Before a traditional show in Bishkek, Kirgistan; Anastasia, ballerina of the Marian Theater in Petersburg; and women from the Arbore tribe in Ethiopia, where people live just like hundreds of years ago.

The first photographic encyclopedia of women of the world helps illustrate our cultural diversity and natural charm.

She quit her job, packed her backpack, and left to travel the world with nothing but modest savings and tremendous faith in her idea. The young Romanian photographer Mihaela Noroc went on to create the first ever encyclopedia of women of the world, showing our cultural diversity and natural charm in her book The Atlas of Beauty.

She left in August 2013. Using her savings, she visited the first stops on her journey and shared her photos on Facebook. She got lucky — by the time her savings ran out, the project gained publicity, spreading across the Internet and attracting the attention of the world media.

Help from the Internet

In 2014, Mihaela announced a crowdfunding campaign on Indiegogo, an Internet crowdfunding portal. She promised rewards for those who would support the project financially and asked for suggestions about her future route. She planned to visit all the continents (except Antarctica), including highly developed countries and those from the Third World, big cities and forgotten villages in inaccessible areas. All this to show the remarkable colorfulness of our planet through portraits of women.

Read more:
How the feminine genius can save the world

The response was immediate — until April 2015. Mihaela received 135 percent of the expected amount, and the Atlas of Beauty quickly became one of the most popular photo projects among communities such as Facebook, Instagram, and Tumblr. Today Mihaela is 30 years old and has in her portfolio photographs and stories of women from over 50 countries of the world. 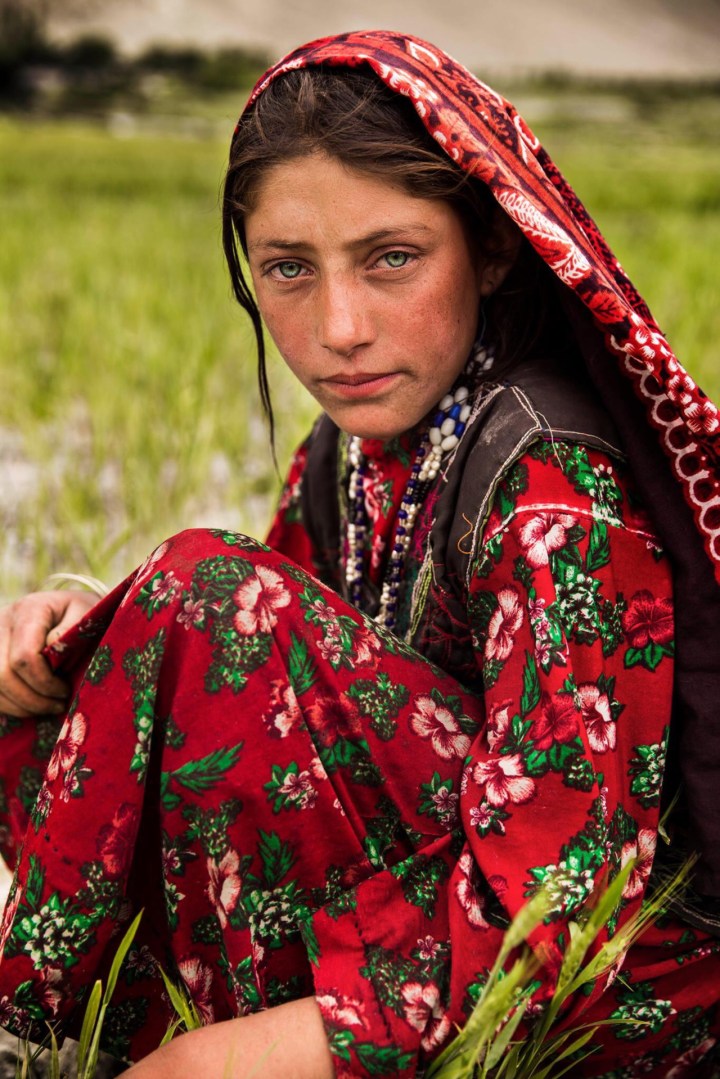 Eyes of all cultures, races, and social classes look at us from the portraits

The message is simple — warmth, calm, security, wisdom, experience, grace, strength, unbridled feminine energy. Each of these women has her own history. Each has her dreams. They are all different, and yet they are all the same.

Jackie is an Indian artist and activist in Winnipeg. She began painting in prison, where difficult childhood experiences led her.

Cornelia, a German journalist, photographed by the remains of the Berlin Wall, defeated cancer twice.

Iulia wanders the streets of Bucharest on a skateboard in search of freedom and dreams of surfing in Hawaii.

A deaf-mute Indian woman in the slums of Mumbai shows the word “friendship” in sign language.

Eleni lives in a mountain village and works in her parent’s Greek restaurant in Delphi. She poses for photos in a traditional folk costume, which she wears once a year for Easter.

Read more:
10 things every woman does but won’t admit to

Linda from Grozny in Chechnya lost her father in a street fight during the war. She was left with her mother and a little sister. Today she is finishing medical school; she wants to be a pediatrician.

Emilia, shown walking the rainy streets of Stockholm, was just accepted by the Royal Swedish Opera.

In Idomeni, a Greek refugee camp, new friendships sprout between the British volunteers and Syrian refugees. The cultural differences crumble.

Athina from Athens, a daughter of an Ethiopian mom and a Greek dad, is a professional runner. She broke the national record in the 3000 meter steeplechase. She looks into Mihaela’s lens at the Panathinaikos stadium, where the first modern Olympics took place in 1896.

Anastasia is a ballerina in St. Petersburg.

Nineteen-year-old Munira from Tadzhikistan dreamed of becoming a doctor, but the financial situation of the family of seven meant that she is planting flowers on city flowerbeds.

Tzvetana plays ice hockey on the national team in Bulgaria.

Jade from Cape Town is fascinated by photography and dreams of traveling. 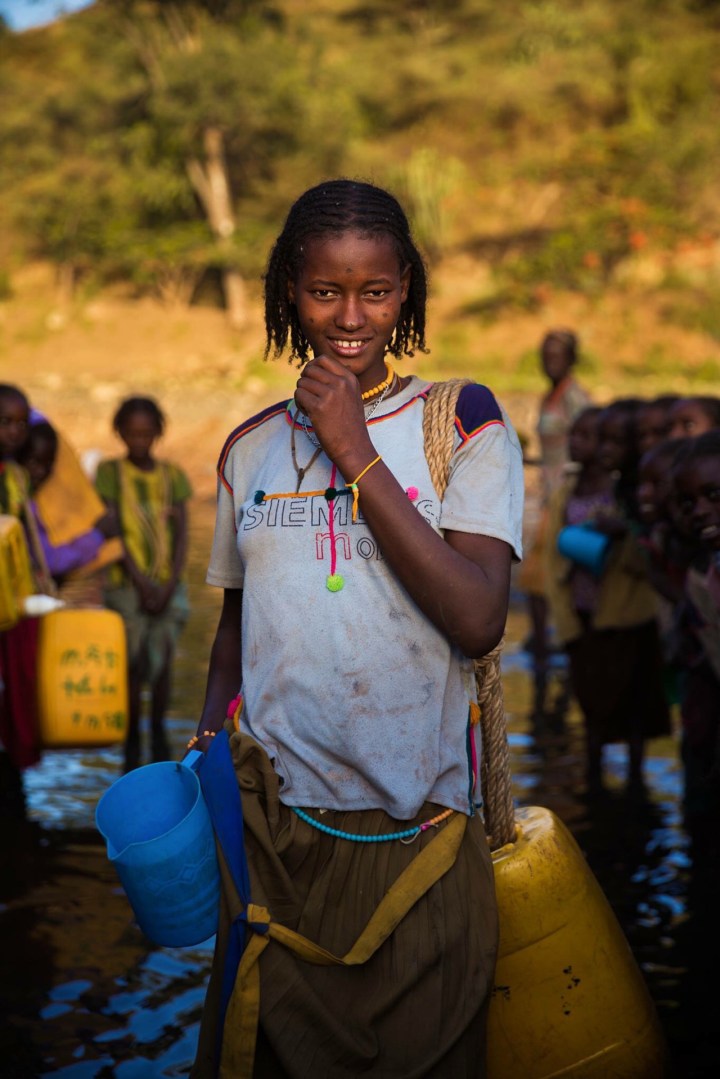 Weight, height, the color of skin, eyes, and hair, age, social status or financial situation are not the determinants of beauty. In every interview, Mihaela admits that the most important thing for her to capture is the authentic natural charm that every woman in every corner of the world carries inside her.

Her photos are real, un-retouched, they show ordinary, everyday life, but they capture a fleeting moment of beauty. She also emphasizes that the strength and magic of beauty lie in our diversity.

At the time when more and more women bow to social pressure and seek to attain artificially created ideals, promoted on the covers of magazines by Photoshopped models and celebrities, we should remember that each of us is unique and that which nature gave us has the greatest value.

Read more:
3 Tips for expressing your femininity while conquering ‘a man’s world’

Understanding and appreciating diversity can teach us tolerance, which is still so lacking in today’s world. Mihaela believes that art is not only for the elite, and social media works across boundaries, creating a space where everyone can share their creativity. 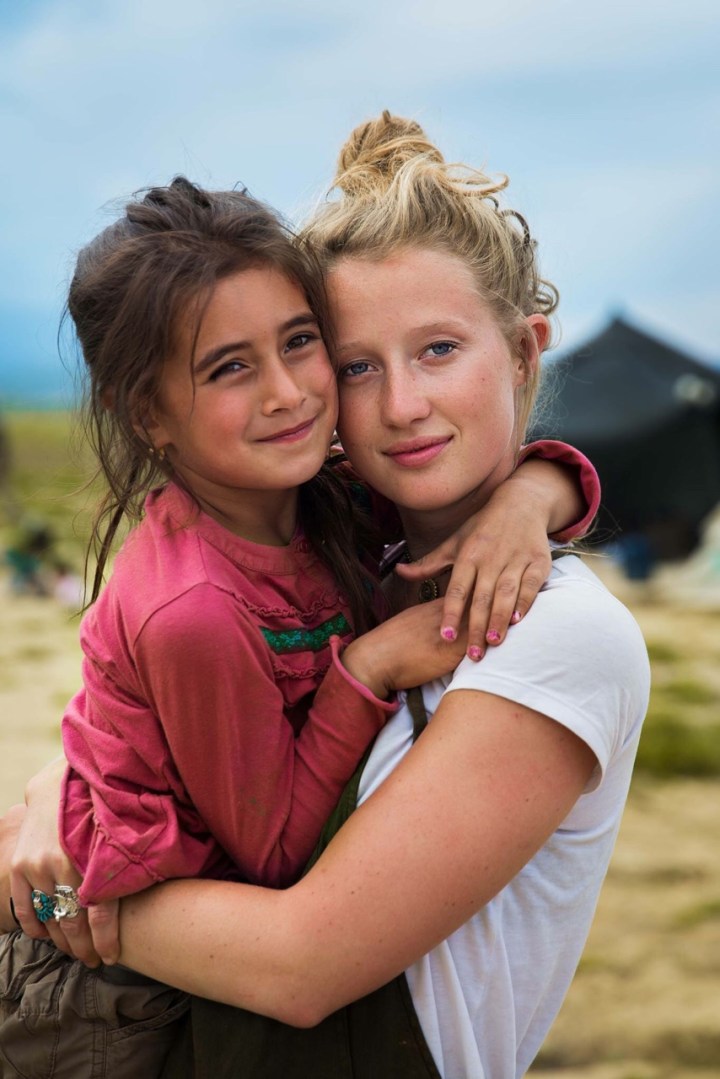 “During the trip, I realized that the conflicts and lack of tolerance in the world are the results of the greed and selfishness of a small group of people, not religion, ethnicity, or skin color,” says Mihaela Noroc.

“Only love can overcome ego and restore peace. I never thought the voice of an ordinary girl from Romania would be heard around the entire world, that millions would see my photos. If my dream can come true, they all can come true — yours too.”

The photographer intends to continue her project and her journey to other corners of the world. The Atlas of Beauty is meant to inspire women of the world to preserve their identity, cultivate natural beauty and authenticity.