Jiza Zito of ‘Spoken Bride’: how a prayer led to a husband — and a business 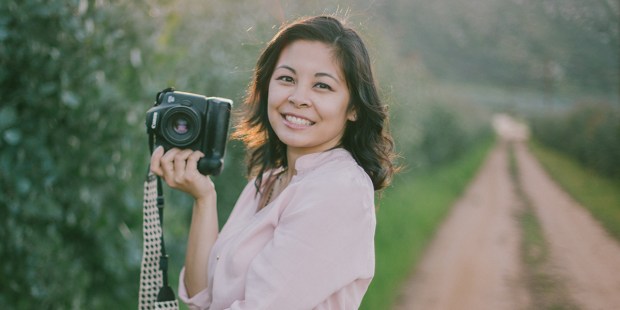 The site’s co-founder and creative director said she was told to put everything “in Mary’s hands.”

Click here to launch the slideshow
“Put everything in the hands of Our Lady.” That was the providential advice that Jiza Zito, co-founder and creative director of the new Catholic wedding website, Spoken Bride, received on August 15, 2008.

For a long time, Jiza had thought her calling was to religious life. After a dating relationship ended, she found herself once again questioning what God had in mind for her life’s vocation. She decided to go on a Bike for Life pilgrimage from the Diocese of Raleigh, North Carolina, to the Diocese of Washington, DC, where the Basilica of the National Shrine of the Immaculate Conception stands. It was on the Feast of the Assumption that Jiza asked Fr. Lawrence, a newly-ordained Franciscan Friar who was also participating in the pilgrimage, if he would please pray for her vocational discernment. Fr. Lawrence’s simple yet profound advice was, “Put everything in the hands of Our Lady,” to which he added, “You know, I think you’re going to figure everything out very soon.”

As it turned out, Father Lawrence was right. Shortly before the pilgrimage, Jiza had joined Catholic Match. When she returned home to Virginia Beach from DC, she saw that someone she’d recently met at a local Theology on Tap had “peeked” at her profile. That someone was Mark, who had actually grown up attending the same elementary school as Jiza, albeit one year ahead. The two began their courtship that September, and were engaged by December.

The following March, Jiza encountered Fr. Lawrence again, this time at the March for Life. When he asked her how her vocational discernment was going, Jiza replied that she and Mark were to be married later that year on the Feast of the Assumption. When Father Lawrence reminded her that that would be exactly one year from when he had encouraged her to “put everything in the hands of Our Lady,” they both began to cry. “It was this beautiful moment of affirmation for us both,” says Jiza.

And so it was that Jiza and her husband began their vocation of marriage together, on the Feast of the Assumption, 2009. Shortly thereafter, Jiza discovered her love of wedding photography, and started her business, Olive & Cypress, while she and Mark (who is in the Navy) were stationed in San Diego. Once there, Jiza connected with another Catholic photographer, Elissa Voss. One day, while Elissa was shooting headshots for Jiza, they began wondering aloud how they could create a better sense of community for creative Catholics working in the wedding industry. “Our evangelical brothers and sisters have such a strong, creative small business community in that industry,” says Jiza. “We wanted to find a way to promote the beauty of the Church’s Sacrament of Marriage through a Catholic community of wedding professionals.”

Shortly thereafter, Jiza connected with Stephanie Calis, who had recently published a Catholic wedding planning guide, Invited: The Ultimate Catholic Wedding Planner, and the idea of Spoken Bride was born. With the help of Andi Compton and Elise Crawford, the two launched Spoken Bride in May 2016, in honor of the month of Our Lady – certainly fitting, given Father Lawrence’s earlier advice.

Now, nearly one year after Spoken Bride’s inception, Jiza says that the most rewarding part of being the site’s creative director is “the peace and gratification that I am serving God with a gift that He has given me. I have always gotten a ‘high’ off of being creative, and knowing that it is pleasing to God lets me know that this is part of my vocation.”

Jiza also notes that one of the benefits of working with the other Catholic wives and mothers who lead Spoken Bride is the group’s understanding that each of their primary vocations is to their families. Through their combined efforts, Jiza and the Spoken Bride team hope the site will serve Catholic wedding vendors, and Catholic brides and newlyweds as they work to not only plan beautiful Catholic weddings, but to live out their vocations in faithful Catholic marriages. She says that the site’s most “liked” photos on social media are the very “Catholic shots” – that is, ones featuring dedications to Our Lady, and the consecration of the Eucharist. “Seeing that is an affirmation that we have found our niche in the wedding site industry,” says Jiza. 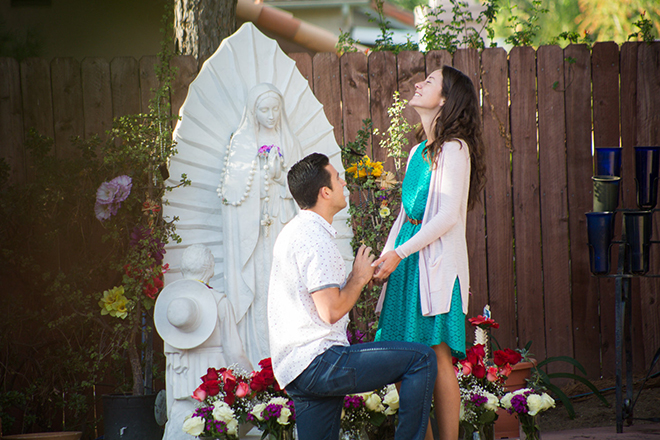 As someone who attended the Theology of the Body Institute in Philadelphia, Jiza understands and appreciates the beauty of the Church’s teachings on love and marriage. “It always breaks my heart to photograph Catholic weddings where the couple seems to be getting married in the Church only to please their parents, with no obvious intention to live out the faith in their marriage,” says Jiza. “I want the site to be a witness to those who are away from the Church, or who have misconceptions about her teachings on marriage, as they plan weddings and undergo marriage preparation in the Church. I want us to be a part of planting the seeds of those teachings, so that marriage preparation does not seem like a chore.” Jiza’s greatest desire, she says, “is to see more people return to the Church.”