A father’s guide to holiness: The BeDADitudes 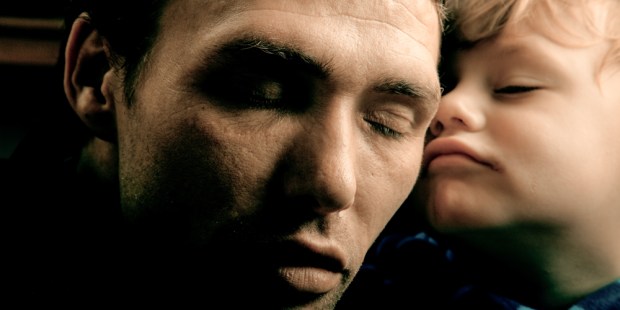 How can a man be a father after God’s own heart? The Beatitudes! “Each of the Beatitudes Jesus enumerated in his Sermon on the Mount reveals God the Father’s love for us, teaches us how we might conform our hearts to his, and invites us as disciples to live out these same principles in our relationships with our own children,” Greg Popcak, a Catholic psychotherapist, writes in his new book BeDADitudes: 8 Ways to be an Awesome Dad. He talks about it here.

Kathryn Jean Lopez: How is living the Beatitudes different for dads – making the need for the BeDADitudes?

Pope Francis has called the Beatitudes “a blueprint for Christian living.”  In that sense, the Beatitudes need to inform every aspect of the Christian person’s life and, since parenthood is such a basic human vocation and the primary way we pass on our faith, values, and worldview from one generation to the next, it just made sense to me that the Beatitudes would have something to say about how parents in general, and fathers in particular (who, research shows, play a significantly greater role in successful faith transmission than even mothers do) should go about their role.

I’ve written a lot on parenting and family life, and in all my books, I’ve argued for the underappreciated impact that parenting styles have on the establishment and transmission of culture.  If God, the Father, would want to reveal himself to His children, not just in a specific time, but for all times, He needs to form fathers after His own heart and in His own image.  In the BeDADitudes, I argue that the Beatitudes—those key principles Christ revealed to his disciples in the Sermon on the Mount—lay out that plan.

“God’s very own poverty in spirit allowed him to empty himself and become a slave that his children might be set free.” How does that help a dad?

The first step to being an awesome dad is making peace with the fact that “I don’t know what the hell I’m doing.”  It’s okay to not know.  It’s okay to not be perfect.  In fact, the more we make peace with our very real limitations, the more our hearts and minds become open to learning.  I can’t change and grow if I can’t admit that I have areas of my life that require growth or change.

The dad who exhibits “Poverty of Spirit” will be blessed because he is willing to listen and learn.  He isn’t a toddler in a grown-up body that must insist on “doing by self!”  He is a man who acknowledges both his strengths and weaknesses and is willing to bring his whole self to the task of becoming the father God created him to be.  Psychology shows that parents are the face of God to their children.  Poverty of spirit allows a father to give his children a vision of the God who loves them and works for their good until his children are able to develop their own relationship with this God who first introduced himself to them through the loving care of their mom and dad.

What if a dad does not feel free, but bound?

But the press of troubles becomes oppression when we allow the stuff of life to separate us from hope, from love, from God.  Then, all that exists is brokenness and want.

Dads who feel bound are dads who recognize their limitations but feel like it’s all up to them.  They believe that all they have to work with are the broken tools in their box.  The dad who is free recognizes that he isn’t alone.  That God wants to give him new tools that enable him to be more than he ever could if left to his own devices.

Anyone can be an awesome dad.  It doesn’t matter how broken you think you are unless you allow that brokenness to separate you from the call to love your family, the call to hope that you and yours can be more than you currently are, and the call to faith that enables you to believe in a God who wants to show you how to become the whole, healed, godly, grace-filled man you are meant to be.

How do you get kids to pray if they’ve lost interest or if dad’s interest happens to be new?

Prayer is a conversation with the real person of Christ.  If your kids are telling you that prayer is boring, it’s because you’ve just taught them to say words into space for no good reason.  Introduce them to a God who really cares about what’s going in their lives.  Teach them to talk to Him as if He was a real person who loved them more than anything.  Because that’s what He is.  Most parents drag their kids to Church and think they’ve done their bit.  That would be like dragging your kids to grandma’s house but making them sit in the basement and never letting them meet grandma and then complaining when they didn’t want to go. When your kids actually meet Jesus, they won’t be bored.