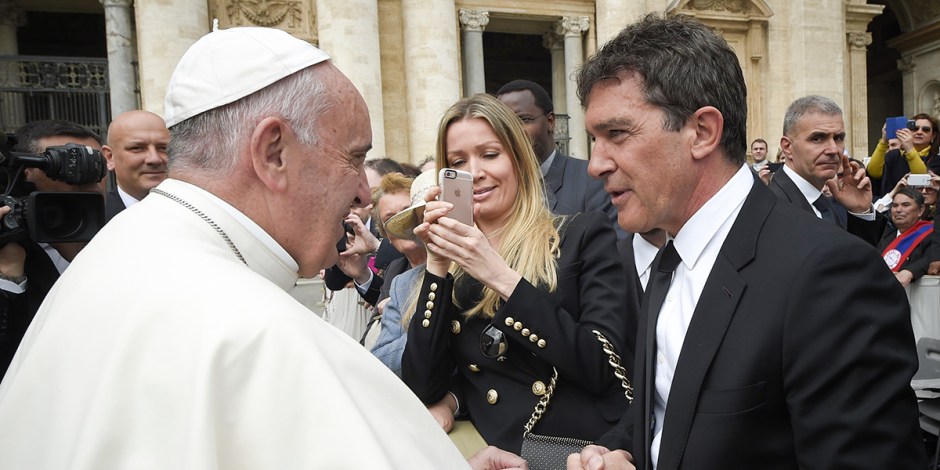 VATICAN CITY: Actor Antonio Banderas and his girlfriend, Nicole Kimpel, were personally greeted by Pope Francis at a General Audience in St. Peter’s Square. The two spoke for a few minutes before the pope departed. Banderas tweeted “Nice chat with Pope Francis before we start filming in Rome!”