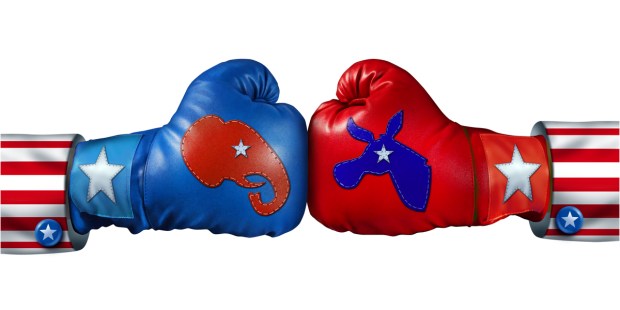 A new study carried out by the Brain and Creativity Institute at the University of Southern California confirms what many people already suspected: engaging in political arguments on Facebook—or, really, in almost any scenario, online or offline—provokes a neurological reaction similar to what people experience in other threatening situations, which actually makes us defend our beliefs all the more firmly. Emily Glover’s article on Paste Magazine has all the details.

Brain systems related to emotions and identity are activated when political beliefs that are deeply rooted in our value system are questioned, even if we are presented with compelling evidence that would, in other circumstances, make us change our mind. Contrary to reason, this produces a defensive reaction instead of openness to what, in fact, sounds reasonable.

According to Glover’s article, Jonas Kaplan, assistant professor of psychological research at the Brain and Creativity Institute at the College of Letters, Arts and Sciences at USC, lead author of the study, explains that, in general, people feel that there is “more at stake for the political beliefs than the non-political beliefs. Political beliefs are tied into our identities. Our sense of who we are.”

The study involved examining, by means of functional magnetic resonance imaging, the reactions of 40 people who self-identified as liberals, in order to observe the neurological reactions provoked by having the peoples’ beliefs challenged. The participants read eight political statements and eight non-political ones, and were asked to rate how strongly they agreed or disagreed. When dealing with non-political topics (for example, the idea that Edison didn’t invent the electric light bulb), the subjects changed their opinion in relatively significant numbers; however, there was practically no change of mentality when dealing with political topics.

The MRI results showed that the participants who did not change their beliefs experienced an increase in brain activity in areas such as the amygdala and the insular cortex. “We believe the amygdala and insula, in this case, are reflecting the emotional nature of being challenged. When we are challenged on our most important beliefs, it doesn’t feel good, and we take action to mitigate those negative feelings,” Kaplan explains in the article written by Emily Glover for Paste Magazine. “We found that people who activated these structures more when being challenged were less likely to change their minds.”

To read the complete article in Paste Magazine, click here.