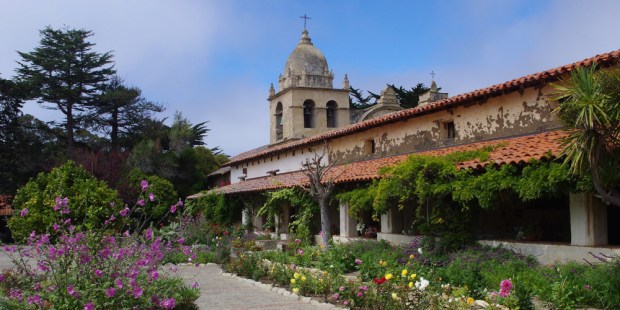 A trip along what was once the Camino Real tells the state’s story, from San Diego to Sonoma.

From their beginnings as simple straw-roofed buildings, to the solid, baked-adobe constructions of the mid-19th century, the missions are part of a very turbulent chapter in California’s history.

The Historic California Mission Trail, as it is called, consists of 21 missions, all of them located on or around what today is Highway 101, built along practically the same route covered by the old Camino Real (“Royal Road”), so named to honor the Spanish Crown, which financed the expenses of expanding the Spanish Empire along what is today the beginning of the Pacific Coast of the United States.

Most of these missions have been rebuilt after suffering the upheavals of numerous earthquakes and floods, as well as neglect and abandonment. The majority of the missions are still active today as Catholic parishes, from San Diego in the south up to Sonoma, north of San Francisco.

Here are five of the 21 missions:

San Miguel Arcángel, 16th mission: founded in 1797 by Fr. Fermin Lasuen to complete the trail of missions from San Luis Obispo to Mission Dolores in San Francisco, San Miguel was built in the Salinas Valley as a half-way point offering lodging to travelers. Under the direction of Esteban Munros, native Californians decorated the walls and ceilings. Those murals are, today, the best conserved of those in any of the missions in the state.

San Buenaventura, 9th mission: Founded one Easter Sunday by Fr. Junípero Serra himself (who was recently canonized by Pope Francis), this was the last of the missions that the Franciscan missionary managed to build. Restored in 1957, just three blocks from the Pacific Ocean, the triangular façade is adjacent to walled gardens. In the museum next to the mission are preserved two old wooden bells, the only ones of their kind in all of California.

Mission San Juan Capistrano, 7th mission: The only one of the missions  with a floor plan in the shape of a Latin cross, it was built in honor of Saint John of Capistrano, a great Franciscan preacher of the Crusades. This was also the only one of all the mission churches built of stone. The church sported seven cupolas, and a bell tower so tall that it could be seen from ten miles away. It was partially destroyed by an earthquake in 1812, and its ruins are preserved today by archaeologists and engineers. The Serra Chapel, built in 1777, is located inside the ruins; today, it is the oldest building in California still in use. It is the only church still standing in which Fr. Junípero Serra is known to have celebrated Mass. The return of migrating swallows to nest in the mission’s ruins, which occurs each year on St. Joseph’s Day (March 19), is celebrated in festival and song.

San Diego de Alcalá, first mission: This is where the California Mission Trail begins. It was July 16, 1769, when Fr. Serra, Fr. Palou and Fr. Parrón dug a hole eight feet deep near the mouth of the San Diego River, and used it to erect a cross; they hung a bell from a branch of a nearby tree, and dedicated the site to Saint Didacus [“Diego” being derived from “Didacus”]. At this mission is located the most historic cemetery in California, amidst century-old trees bearing olives, citrus fruits, avocados, and flowers.

San Carlos Borromeo de Carmelo, 2nd mission: This mission, founded on Pentecost Sunday by Fr. Junípero Serra, was his favorite, and both he and Fr. Lasuen are buried here. One hundred fiften miles south of San Francisco, it was for many years the ecclesiastical capital of California, and the location from which Fr. Serra directed the state’s mission circuit. The mission stood out for its architectural beauty, with interiors designed in the classic Iberian Mozarabic style, with olive gardens, bougainvillea, roses, and medicinal herbs.