How can we as Church do better on suicide? 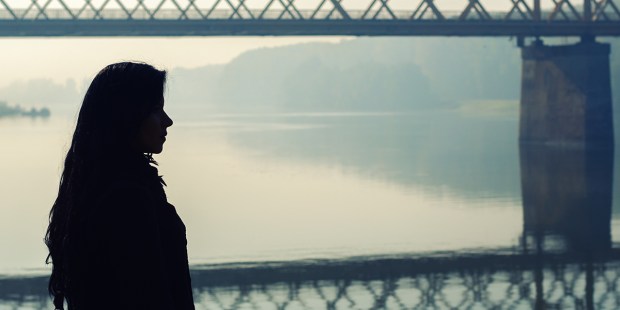 We might think we’re among the compassionate ones. But are we really?

I was speaking recently to a young woman whose friend had taken her own life. The friend had always been one of those girls with the biggest smile. But one fall she started acting depressed and within a few months the young girl had attempted suicide multiple times, finally succeeding. The family would tell people that their daughter got sick and died, not mentioning the type of sickness.

Back when I was in high school, a friend was hospitalized and put on a 72-hour suicide watch. We had seen him a little off but I couldn’t comprehend how things had gotten that serious. Suicide had always seemed to me like something you read about in books, but not something that might affect me personally.

In the Church, we don’t always talk about suicide and mental health in the best way. Until recently, people who took their own lives were denied a Catholic funeral because suicide (as the taking of a life) is grave matter. But what that old prohibition missed was the degree of freedom in most suicides, or really, the lack thereof.

Depression is a true illness. The majority of people who attempt suicide are suffering from depression, and suicide can be thought of as a fatal effect of that illness. The patient is not making a rational choice but is acting under a compulsion, with little more free will than we have over our reflexes.

It’s hard for those who’ve never had any mental health issues to understand, but let’s listen to Archbishop Raymond Roussin, who openly admitted depression. About four years before he felt obliged to resign over it, he woke up trembling: “I started crying and didn’t know why. I couldn’t get out of bed. I dreaded coming through this [office] door.”

To tremble in the face of everyday responsibilities isn’t normal, and the archbishop acknowledged as much. I think as Catholics, we still have to develop a better mindset in dealing with mental illness and suicide.

Read more: On the deacon’s daughter who committed suicide: ‘God will use this death to help others come out of the shadows’

Teen suicide, which is tragic, gets a lot of attention, but in America, in 2015, the age group with the most suicides were the 45-64 year-olds, with 19.6 suicides per 100,000. And the rate of suicides is growing; between 2006 and 2015, suicides increased by 20%. For five age groups within the CDC’s breakdown, suicide is among the top five leading causes of death.

It is estimated that there are about 25 attempts for every completed suicide and that about 8.3 million Americans have suicidal thoughts in an average year — so about 1/40.

In plain language, that means that probably someone you know – and likely more than one person – had suicidal thoughts last year.

Read more:
Suicides Are up — What to Do About It

As Catholics, we can be far more open and compassionate about both mental illness and suicide.

I’m sure most of us think we are compassionate, but let’s do a mental exercise: Imagine your pastor said he was taking off two weeks to deal with a liver infection; then imagine the same, except for depression. Did you react differently? The prejudice against mental illness is so ingrained that even those of us who think we’re compassionate often fall short.

Since suicide is often the result of depression or other mental health issues, we need to be on the frontlines in erasing the social stigma that is attached to mental illness. Archbishop Roussin, in an attempt to do just that, has talked frankly about his clinical depression, and hopefully his openness will be a model for the rest of us, that we might begin to recognize that those suffering with mental health issues are as deserving of our open care and compassion as anyone with a physical condition.

It is necessary, because often depression can be more life-threatening than a diagnosis of physical disease. People suffering with it need every bit as much support as you would extend to a friend with cancer.

Fr Robert Presutti, LC, of Divine Mercy University confirmed this: “As followers of Christ and thoughtful men and women, we need to regard mental illness with the same mercy and compassion we have for any other human ailment. To the suffering already implied by their mental illness, we cannot add the additional suffering of misunderstanding, hardness of heart, or prideful superiority.”

Or, for that matter, fear.

Our compassion and understanding needs to extend to acts of suicide. Yes, suicide is grave, and its increase is likely a sign of societal decay and of spiritual need. The two go hand in hand. But people with suicidal thoughts must experience the Church as a place ready to give assistance, unafraid to reach out, and with real support lines at the ready, offering hope.

Read more: Leticia of Mary: The unbearable, harrowing, unutterable and raw truth of one woman’s life

Nothing to joke about

Finally, we must never take suicide as something to joke about. In the Catholic Guide to Depression, authors Kheriaty and Cihak say joking about suicide should be taken seriously. “People rarely joke about suicide. Talking about committing suicide should not be considered ‘normal’ for anyone. … Studies have shown that teens who mention suicide, however offhandedly, are indeed at higher risk for suicidal behavior. … The individual who thinks, writes, or makes comments about committing suicide is someone requiring clinical attention from a skilled psychiatrist or psychologist.”

For the Church, an obvious first step is to help people learn to pray, as prayer has been shown to reduce and sometimes treat depression. Parish novenas offered weekly for deliverance from depression, followed by fellowship, might be a place to start. Open discussion about clinical depression, as modeled by Archbishop Roussin, immediately says to our suffering friends and loved ones: “You are not alone.”

Read more:
‘Why have you forsaken me?’: A reflection from a mom facing tragic loss