1,600-year-old basilica found underwater in what was ancient Nicaea

Archaeologists in Turkey suspect the church may have been built in the year 325, following the First Council of Nicaea.

The remains of a 1,600-year-old Byzantine basilica have been discovered at the site of the Councils of Nicaea, at the bottom of a lake in northwest Turkey.

“We have found church remains. It is in a basilica plan and has three naves,” said Mustafa Şahin, an archaeology professor at Bursa Uludağ University, told Hurriyet News.

Plans are now underway to open an underwater museum to allow tourists to view the foundation of the church, which was found lying in 5-7 feet of water in Lake Iznik, in Bursa, Turkey.

The ancient basilica was discovered by aerial photographs taken in 2014 during an inventory of historical and cultural artifacts, according to an article in Hurriyet News. 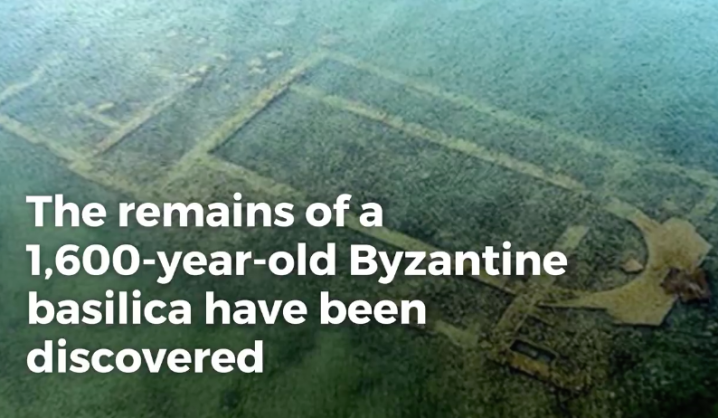 History of the underwater basilica

According to Sahin, the church was most likely built in the 4th century, in honor of St. Neophytos who was martyred during the time of Roman emperor Diocletian in 303.

Neophytos had travelled to Nicaea (now modern-day northwest Turkey) to denounce the pagan faith during the Diocletian persecution. The basilica was built on the spot where he was killed by Roman soldiers in a most brutal manner:

The enraged persecutors suspended the saint from a tree, they whipped him with ox thongs, and scraped his body with iron claws. Then they threw him into a red-hot oven, but the holy martyr remained unharmed, spending three days and three nights in it. The torturers, not knowing what else to do with him, decided to kill him. One of the pagans ran him through with a sword (some say it was a spear), and the saint departed to the Lord at the age of sixteen. – Orthodox Church of America

It is possible, according to Sahin, that the basilica was built as a result of the First Council of Nicaea, convened by Emperor Constantine the Great in the year 325.

“Most probably, it could have been built in 325 after the first council meeting in İznik. In any case, we think that the church was built in the 4th century or a further date. It is interesting that we have gravures from the Middle Ages depicting this killing. We see Neophytos being killed on the lake coast,” Sahin told Hurriyet News.

Archaeologists have determined that the basilica collapsed during an earthquake in 740 and was never rebuilt. The ruins were submerged over time by changes in the water level of the lake. The discovery of the basilica was named one of the Top 10 Discoveries of 2014 by the Archaeological Institute of America.