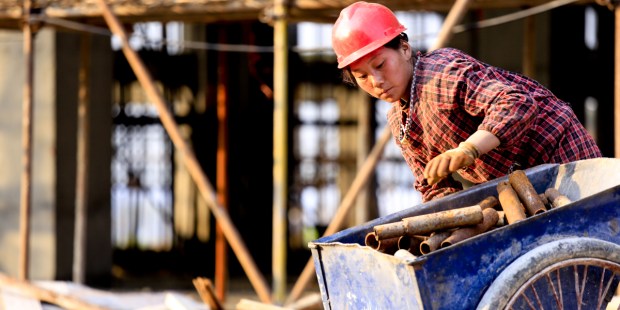 The People’s Republic of China had a chance to improve its record in preventing human trafficking but failed to do so, and now joins several other countries on a U.S. State Department list of the world’s nations with the worst record of trafficking.

China’s downgrade came Tuesday upon the release of the State Department’s 2017 Trafficking in Persons (TIP) report. The PRC joins countries such as Russia, Syria, North Korea and Iran on the lowest rung of a three-tier rating.

China “does not fully meet the minimum standards for the elimination of trafficking and is not making significant efforts to do so,” the report stated. “Therefore, China was downgraded to Tier 3.”

“China was downgraded to Tier 3 action in this year’s report in part because it has not taken serious steps to end its own complicity in trafficking,” Tillerson said, “including forced laborers from North Korea that are located in China.”

CNN summed up the reports charges against the Middle Kingdom:

The report listed a wide variety of human trafficking that occurs in China, including forced labor, forced begging, sex trafficking and exploitation, and the trafficking of women, men and children from other countries into China.

While it acknowledged that China “took some steps to address trafficking,” the report said the country must do more to address the issue.

It pointed to ongoing state-sponsored forced labor — despite Beijing’s claims to have abolished the practice — and gaps in the law that allow traffickers to operate.

Before the report came out, a spokesman for China’s Ministry of Foreign Affairs responded to questions about a possible downgrade, saying, “The government’s determination in fighting human trafficking is unwavering and outcomes are there for all to see.”

The spokesman, Lu Kang said China was willing to work with other countries “based on mutual respect to enhance our cooperation and jointly fight this issue.”

A Tier 3 rating can trigger non-trade related sanctions and lead to restrictions on US foreign assistance, but these can be overruled by the US President, CNN explained.  An estimated 21 million adults and children are exploited by human traffickers around the world, the news service said, quoting the International Labor Organization.