Yelling in the confessional? Yes, that was me … 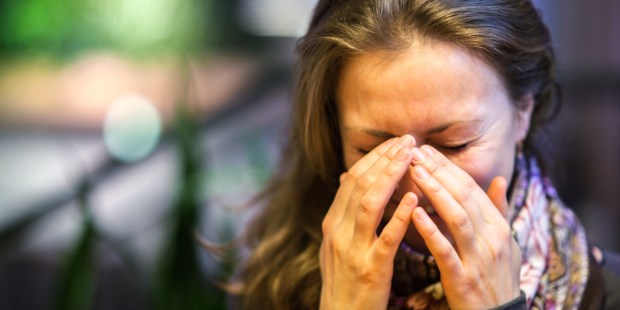 To be fair, the priest started yelling first.

So, recently, I found myself in one of those funks that sometimes happens to Catholics, where a bad mood, emotions, a weariness of perfunctory liturgy and the devil’s own wiles all work together to bring a soul down, and I just did not go to Sunday Mass.

I had (unintentionally) missed a holy day of obligation earlier in the week, and a family function kept me from confession on Saturday, so when Sunday rolled around, the bad mood, the emotions, the weariness, the devil, and did I mention the bad mood, all made me feel rebellious and also hopeless. Everything was terrible. What was the point of going to Mass?

Of course, the following day, at my usual hour of Adoration, I faced the answer to that question — to worship and feed on the Lamb of God — and also felt the full force of what I had missed. I felt bad; I couldn’t wait to get to confession so I could get it off my chest — the missing Mass, the negativism that had fed hopelessness, which had encouraged my absence, all of it; the whole mess of me.

It was two weeks before I was able to make it to confession, and when I did, I was surprised to encounter a priest who wondered why I was bothering him with it.

Puzzled, I answered, “because I was deliberately rebelling, and I need to get this right so I don’t have to keep refraining from Communion.”

Before I could launch into a description of the frame of mind that had led to my bad decision, he interrupted me again. “Wait, why have you been refraining from Communion?” he asked, sounding genuinely aghast.

I, in turn, sputtered in some amazement: “You’re asking me? You don’t know the answer?”

This is how the strangest confession of my life started out, and it didn’t get better for a while. He told me how Pope Francis called the holy Eucharist “medicine for the sick” and not a reward for the perfect. I said I certainly concurred, but that the Holy Father also made a point of engaging the flock in the sacrament of confession — whether teens in St. Peter’s Square or priests celebrating a jubilee — and that he frequently, publicly partook of the sacrament himself. “If the pope has that much to confess,” I said, “and he never misses Mass, I think I can feel justified in confessing that I did.”

“But there was no malice in your missing Mass,” the priest said, his volume rising in frustration. “To willfully miss Mass suggests a poor formation, and in this Year of Mercy — ”

It got loud. In our large church there was only the one confessional open on that Saturday, and if people were waiting, I was pretty sure they could hear us hollering through the thick wooden doors.

Finally, through the screen, I saw the priest throw up his hands in frustration with me. “Fine,” he said, “let’s move on, do you have anything else you need to talk about?”

“Yes,” I flung back, “I’ve been feeling envious of someone and I don’t like that in me. It’s not generally how I roll. It’s part and parcel of my bad mood and all the feelings that came into keeping me from Mass that Sunday …”

And, suddenly, everything clicked into place. He zeroed in on the source of my Sunday sin, and called it sin, and I saw it, too. All of my bad behavior had been rooted in a grave sin of envy, yet I hadn’t been cognizant of it, or even planning to confess envy. My anger at the priest had made me less guarded, and it came spilling out.

“Now that you know why you missed Mass,” the priest said, in triumph, “you won’t do that again.”

Picking fights with a penitent. That’s one way to get to the truth.

Reprinted from my column at OSV, with kind permission.