The 10 keys to religion according to Peter Berger 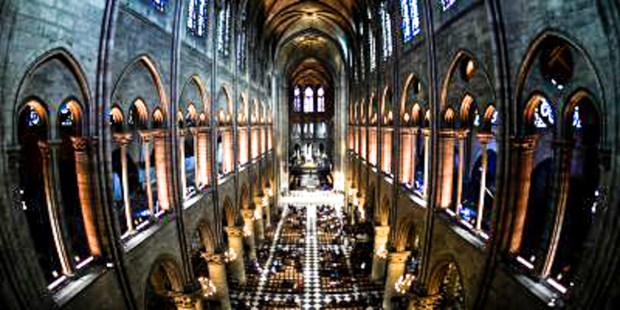 Martin Bureau | AFP
A picture taken on June 28, 2017 shows the inside of Notre-Dame cathedral in Paris, as the monument
Share
Print
Miriam Diez Bosch | Jul 06, 2017

The sociologist who argued for the ongoing relevance of religion

Peter Berger, a sociologist and theologian born in 1929, founder of the Institute on Culture, Religion & World Affairs at Boston University, made important contributions to the field of sociology of knowledge and of religion. With his recent death on June 27, he has left behind as his legacy a concept of society in which the individual is understood as a social product defined by his or her own biography and environment. How does he analyze religion? From this same perspective? These 10 points summarize his most important theories in this regard.

1. Religion is born as a collective response to the threat of disorder and chaos: for Berger, the search for meaning is an anthropological necessity.

2. Religions are the compass that provides an explanation for everything that surrounds the world of humanity, leaving few loose ends. Historically, religions have been the sacred framework that humanity has built and turned into a protective barrier against the vulnerability of the human condition.

3. Religion is perennial, but individual religions are the children of their time. The need for religion has a universal character and biological origins, but the concrete form through which different societies have resolved this need is social and context-dependent. Berger places special emphasis on this aspect.

4. In order to investigate religion from a sociological perspective, one must approach it as an atheist. This atheism is methodological, due to the desire to understand religions as phenomena in the framework of human experience, but it is never a belligerent or indifferent posture regarding religion.

5. Religious experience would be very fleeting without an institution to preserve it and pass it on from generation to generation.

6. Religions are characterized by the construction of a sacred cosmos that mediates relations with the transcendent. Furthermore, he states, they establish the boundaries between the sacred and the profane.

7. The sacred, in Berger’s understanding, is a kind of mysterious and imposing power that can be attributed to certain objects, places, or even periods of time. It is something extraordinary, which takes individuals outside of their ordinary daily reality.

8. Religious rituals help us remember the experience of this sacred world, in order to recreate the original mystical experience.

9. Secularization is the topic that made him revise his views. His initial position was that secularization begins during the Enlightenment, and his approach was based principally on the belief that the modernization of society leads to a loss of meaning for religion. After proposing this idea and debating it—following the theories and reflections of other sociologists—Berger took a step back and declared that there is no direct causal relationship between modernization and secularization, and that in some areas, religion is more alive than ever.

10. Pluralism: Berger realized that modernity doesn’t cause secularization; rather, it leads to pluralization, because various belief systems exist side by side in one and the same society and context. This fact means that religion is no longer an element that an individual takes for granted, as in years past; now, it becomes one of the aspects of a person’s life that he or she can choose.