Another priest is killed in Mexico. Are clergy being targeted? 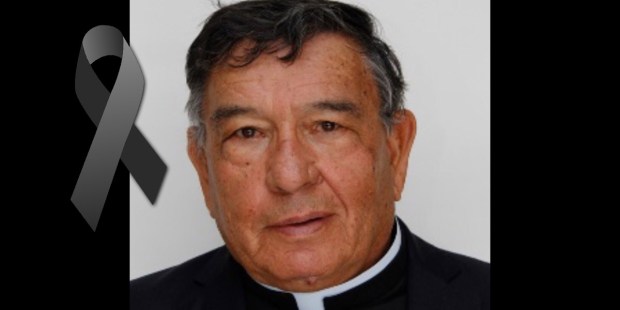 Though violence against the Church is on the rise, so is violence in general.

Father Luis López Villa, 71, was killed last Wednesday night at the Parish of St. Isidore, in the municipality of Los Reyes La Paz on the outskirts of Mexico City.

Police reported that various valuables were taken from the parish, although locals claim that this isn’t true.

The body of the priest was found in the bedroom. He had been stabbed in the neck and chest; his hands and mouth were bound with tape.

Father López had been a priest for more than a decade at the parish, which is in one of the very poor communities on the peripheries of Mexico’s sprawling capital.

“What can I say about everything that’s happening, about the powerlessness that a person feels? It’s the worst that can happen, to attack someone like that,” said a neighbor to the Excelsior newspaper. “I don’t have words for what I’m feeling. It’s a great sorrow and a great loss.”

Faithful of the parish spoke of Father Luis as an “excellent person, a marvelous human being … a person who shared with everyone, someone who always had good advice.”

Mexico is becoming increasingly dangerous for priests. According to the Centro Católico Multimedia, in the last four years, without counting the case of Fr. López, priests have reported 520 robberies; 17 priests have been killed, and there have been 25 attacks against priests, seminarians or lay ministers. There have also been two cases of “disappearances” and another two of kidnapping.

One of these cases happened in May, when a priest was stabbed in the neck at Mexico City’s cathedral while he was saying Mass. He survived the attack.

Read more:
Photos of this priest’s martyrdom were meant to dissuade Catholics; that’s not what happened

The Economist reported last month that murder is again on the rise in Mexico.

“Mexico’s most violent year of recent times was 2011, at the height of a war on drugs waged by the then-president, Felipe Calderón. As drug gangs battled security forces—and each other for control of trafficking routes into the United States—the northern states were Mexico’s killing fields. That year Mexico had 22,852 murders.”

The numbers had dropped under President Enrique Peña Nieto, as the war on drugs was somewhat de-escalated.

“But the killing is now back to its worst levels,” the Economist reported. “If the year continues as it has begun, the number of murders in 2017 will be the highest yet. There were 6% more homicides in the first three months of 2017 than during the same period in 2011.”

The violence, though, is generally spreading south. Mexico City is more or less in the center of the nation.

A report last year in the Religion News Service considered why priests are being targeted for violent crime in Mexico.

The report said analysts generally agree “that violence against the clergy should be seen within the wider context of the drug war.”

“‘It would be dishonest to say this is a targeted persecution of priests or the Church,’ said the Rev. Hugo Valdemar Romero, a spokesman for the Archdiocese of Mexico City. ‘But the fact that you are a priest does not liberate you from the risk of robbery, murder or torture.’”

Read more:
A cassock: Work clothes, not a dress uniform

“While anti-clericalism is not blamed, the Rev. Omar Sotelo of the Catholic Multimedia Center said the role of the clergy makes them particularly vulnerable to crime. Priests as a matter of course come into contact with a great variety of people, some of whom may be criminals.

“‘The violence against priests often has to do with their pastoral work,’ Sotelo said. ‘These are not just common crimes.’”