The matter matters: Unpacking the Vatican guidelines on bread and wine for the Eucharist 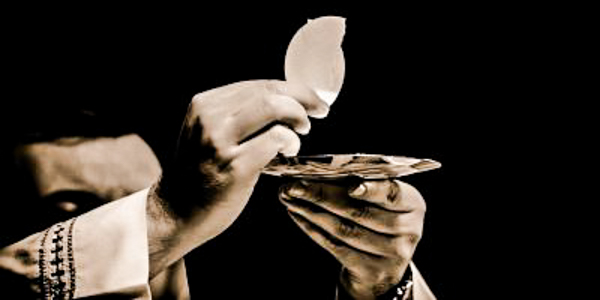 Separating the wheat from the chaff when it comes to “valid matter” for Mass.

Last week the Vatican’s Congregation for Divine Worship and the Discipline of the Sacraments published a Letter to Bishops on the bread and wine for the Eucharist. Officially dated June 17, the Solemnity of the Most Holy Body and Blood of Christ (Corpus Christi), the letter signed by Cardinal Robert Sarah did not make new law, but clarified, in light of recent cultural trends, what constitutes “valid matter” for the Eucharist.

One of those cultural trends, in the West, has been the rise in popularity of gluten-free foods. Once reserved for those with conditions like celiac sprue, which causes intensely painful reactions to the ingestion of gluten, gluten-free flours, breads, and other products are now popular with many who claim varying degrees of gluten allergy or sensitivity, or who choose to follow gluten-free diets for purported health reasons.

Gluten, however, is a constitutive protein of wheat. In the Roman Church, valid matter for the Eucharist is bread that is “unleavened, purely of wheat [and water], and recently made.” In recent years, makers of Communion hosts have experimented with wheat flours lower in gluten, and these – if they meet all other standards – may be used by those who wish to consume a low-gluten alternative. But because no bread that is purely of wheat can be completely gluten-free, last week’s guidelines spelled out the direction: “Hosts that are completely gluten-free are invalid matter for the celebration of the Eucharist.”

You’d think, from the reaction, that the Vatican had just condemned puppies.

“Gluten-free bread for Holy Communion is toast!” headlined The Guardian.

Catholic social media lit up, and not in a good way. There were questions about why gluten matters, or wheat for that matter. Couldn’t God make anything valid matter for Communion? There were complaints of discrimination against the disabled. And there were people with a somewhat loose grasp on theology counseling celiacs not to worry about it, because transubstantiation made the Host not bread anymore. (This is true, of course, but we make an important distinction below.)

It did not ease matters that another of the Congregation’s clarifications pushed a completely different set of social buttons. Last week’s letter reiterated a 2013 decision that “Eucharistic matter made with genetically modified organisms can be considered valid matter.”

Here, in the interests of easing some of the confusion and dialing down the shouting, we offer a few points of explanation.

When it comes to the sacraments, matter matters.

Sacraments are valid when they are celebrated with valid matter (the things and/or persons central to the particular sacramental sign) and with valid form (the words and gestures particular to celebrating the sacrament). Water, for example, is valid matter for Baptism. Lemonade and Coca-Cola are not.

The Congregation’s Letter to Bishops concerns the valid matter for the Eucharist. In addition to describing what constitutes valid bread, the letter reiterates the guidelines for valid sacramental wine: it must be “natural, from the fruit of the grape, pure and incorrupt, not mixed with other substances.” Unleavened wheat bread and natural grape wine are valid matter for the Eucharist. Nicely-risen honey wheat loaves and rice cakes, peach wine and fruit punch are not.

Exceptions are made – with the permission of the local ordinary, the bishop – to use low-gluten wheat hosts for those with sensitivities, and mustum, a form of wine in which the fermentation process is halted just as alcohol begins to form, for those who cannot or should not consume alcohol. For those with these health concerns, parishes should keep low-gluten hosts and mustum in supply, to be consecrated and distributed in separate sacred vessels when needed.

What about people who cannot tolerate any degree of gluten? Do they have to stop receiving Holy Communion?

Insisting on at least some form of gluten as valid matter does not discriminate against people with celiac disease. Because Jesus is truly present in both species, they may receive Communion from the chalice alone. (If possible, from a separate source of the Precious Blood, as even the small portion of the Host commingled in the chalice can carry traces of gluten.)

We know of at least one priest with celiac who regularly communes by taking a small fragment of the standard Host. He offers his suffering for others. This is not required of the lay faithful, of course.

Transubstantiation does not make gluten go away.

It should go without saying, but let’s never waste an opportunity for Eucharistic catechesis. When the matter for the Eucharist – the bread and wine – are consecrated, they become the real presence of Christ, Body and Blood, Soul and Divinity. What’s known in philosophy as the “accidents” of bread and wine, those things that make them recognizable to our senses as products of wheat and grapes, remain. Including the gluten.

So gluten-free is bad, but GMO is OK?

This puzzled many on the internet. If the valid matter for Eucharistic bread is wheat alone, with nothing added, surely genetically modified strains are off limits? In popular understanding, GMO is often associated with synthetic crops, built-in pesticides, and added preservatives, and is dismissed as unnatural or unhealthful.

But GMO as described in the Vatican letter simply means forms of wheat that may have been developed through genetic manipulation. This wheat may grow faster or contain larger amounts of protein, but it is still wheat alone.

The important thing about last week’s letter is not its contents, but to whom it was addressed.

The letter set no new policies; it simply clarified existing practice. But it did ask something new of its recipients, the bishops. Noting the wide variety of circumstances under which parishes procure bread and wine for the Eucharist these days – ordering off the internet in many cases, instead of buying from the local convent where the nuns make hosts or the winemaker who supplies good quality wine – the Congregation asks bishops to take more initiative to ensure the validity of the Eucharistic matter.

“Given the complexity of situations and circumstances, such as a decrease in respect for the sacred, it may be useful to mandate a competent authority to have oversight in actually guaranteeing the genuineness of the Eucharistic matter by producers as well as those responsible for its distribution and sale,” the letter says. The Congregation suggests that this might be the work of local conferences of bishops, working together.

All this may strike the secular press and even many Catholics as a lot of fuss. But matter does matter. Jesus made it so, when “on the night he was betrayed he himself took bread . . .” After the letter,  perhaps we will be less likely to take the Eucharistic bread and wine for granted, having been reminded that each element has a divinely-instituted purpose and meaning that cannot be replaced.