How Satan seduces the soul, and how to stay protected 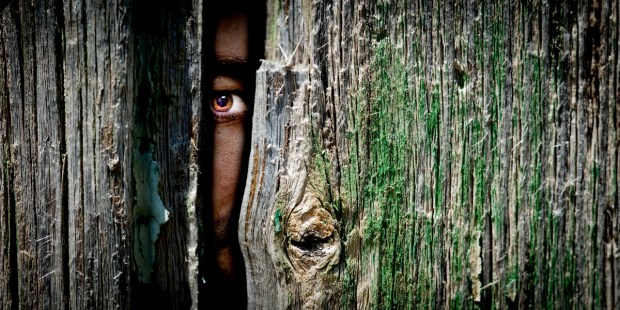 He makes things that are contrary to God seem good and harmless.

“The devil’s greatest trick is making us think that he doesn’t exist.” These aren’t the words of a theologian, or even those of a saint: they were written by the French poet Charles Baudelaire. Satan’s silent but active presence is like an undetected cancer that, in a devious and unperceived way, corrupts a body and takes up residence in as many of its organs as possible through a lethal metastasis.

Fr. Paolo Morocutti knows this all too well. He is an exorcist of the Diocese of Palestrina, one of Rome’s suburbicarian dioceses [six of Rome’s suffragan dioceses, with bishops who are cardinals and a special historical status – translator’s note]. He is also a member of the AIE (International Association of Exorcists, abbreviated from its name in Italian), and the teacher of various courses for exorcists.

Many people would perhaps like to meet an exorcist so they could learn more about the devil. Here is some of what we learned when we sat down with Fr. Morocutti.

Some theologians are of the opinion that biblical exorcisms—including those performed by Jesus—were simply healings of illnesses which, at that time, were considered spiritual influences. What do you think about this subject?

The Catechism of the Catholic Church contains a clear teaching on this subject, and no good Catholic can leave it aside. Finally, I would like to refer to the teachings of the saints, who, with their life of union with Christ, lived within the Church, have done nothing but confirm the Magisterium clearly and unequivocally.

Some people would eliminate the ministry of exorcists, because they consider it a usurpation of the work of psychologists. How would you respond to this?

I teach General Psychology at the Faculty of Medicine and Surgery at the Catholic University of the Sacred Heart, and I understand the difference between the two disciplines quite clearly. According to Christian anthropology, human beings are always and everywhere to be understood from an integral and united perspective. The two disciplines are not, in fact, in competition; rather, they are closely connected. A spiritually disturbed person almost always needs qualified human support in order to interpret the situation and go forward peacefully. When the spirit is affected, the flesh is affected too, and vice versa. The problem arises when psychology, especially psychotherapy, builds its convictions on unlikely anthropological concepts, or on ones that are far from Christian humanism; in that case, dangerous—or at the very least, inconvenient—dichotomies can arise.

What are the criteria for discerning psychological cases from spiritual ones?

The wisdom of the Church, developed over thousands of years through the formation of liturgical books—which, among other things, forms part of the official Magisterium for us Catholics—lays out a procedure through which a priest who is an exorcist can recognize the work and presence of the evil one. I think it is useful to mention that, in the latest version of the rite, the exorcist is invited to make use of medical and psychological science in order to discern better. Besides that, the rite indicates as criteria for discerning: speaking unknown languages, knowing or revealing things that are hidden, and demonstrating strength disproportionate to the age and natural state of the subject. These are not absolute criteria; they are signs which, if identified within a general picture with attention to details, can greatly help an exorcist to discern. It is necessary to dedicate a lot of time to listening to the person and making an attentive analysis of the subject’s behavior and habits of life. It is important to focus more on his or her moral life than on the signs, although the latter can always be a great help.

What are the main channels through which demonic obsession or possession can come about?

The main channel is definitely sin—in particular, a state of grave sin, lived deliberately and without repentance: this condition generally exposes the soul to the action of the evil one.

That said, the main extraordinary channels of action of the evil one are: esotericism, sorcery, the more or less conscious following of philosophical practices inspired in oriental religions or, in any case, incompatible with a Christian anthropological view, and lastly, participation in an openly Satanic group.

Often, these realities are hidden behind apparently innocuous ideologies; we must be cautious. Satan seduces us with false beauty, making things that are contrary to God seem good and harmless.

Still, at the center of the process of discernment is always a person’s moral action. If a person acts with moral rectitude and remains in a state of grace, seeking the truth, it is unlikely that he or she will be the object of extraordinary action of the evil one—who will, in any case, continue to act in his ordinary way. Obviously, the lives of certain saints are an exception; in some cases, due to special permission from God, they even experience combat with the devil in a bloody way.

Read more:
Why do exorcists ask demons to reveal their names?

What positive things have you learned from exercising this ministry, that you can leave with us as a lesson and advice for our readers?

That the love of Jesus Christ for our souls is something serious, and that the soul should be protected in a state of grace as the most beautiful and sublime gift that God has given us. Today, the sense of sin is fading more and more, due to a profoundly mistaken understanding of mercy. In this ministry, I have come to understand clearly that the Eucharist celebrated and adored, regular reception of the sacrament of Confession, and filial love for Mary Most Holy, are the most reliable means for walking always in grace and truth and for always enjoying the sweet presence of Jesus in our souls.

This article first appeared in Aleteia’s Italian edition; the complete interview with Fr. Paolo Morocutti is here (in Italian).