Earliest mosaic of Jonah found in 5th-century synagogue in Israel 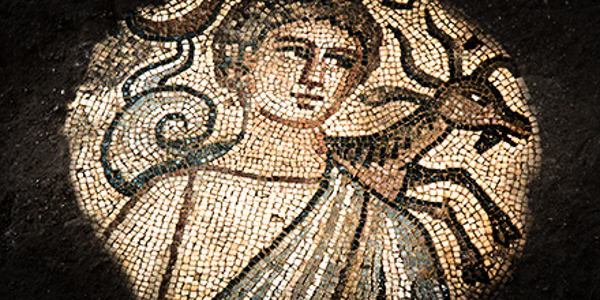 Mosaics possibly depicting construction of the Tower of Babel were also found.

A team of specialists and students from the University of North Carolina discovered the first known depiction of the story of Jonah and the whale in an ancient Israeli synagogue, in the village of Huqoq, 12 kilometers north of Tiberias, uphill from Capernaum and Magdala.

Huqoq has been inhabited since the early Bronze Age. Canaanites referred to it as Hukkok, and during the Roman period it was better known as Hucuca. The village is mentioned in the Bible in Joshua 19,34.

As reported in the Times of Israel, the mosaic depicting Jonah and the whale is “unprecedented.” Found in the ruins of a 5th-century Roman synagogue, the mosaic depicts an embellished incident. “Jonah’s legs are shown dangling from the mouth of a large fish, which is being swallowed by a larger fish, which is being consumed by a third, even larger fish.”

The research team is now spending its seventh season in Huqoq. They began excavating in 2012 and, since then, have found a series of mosaics including scenes from the cycle of Noah, the splitting of the Red Sea and what seems to be a scene related to the building of the tower of Babel.

To read the whole article published in the Times of Israel, click here.