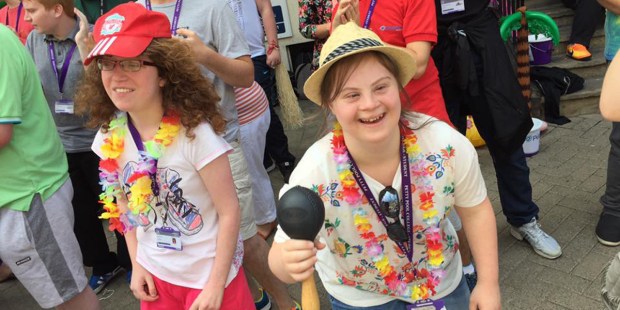 This musical event for people with learning disabilities is going viral!

These days, it’s common for many events and festivals to be made accessible to people with disabilities, but for those whose disabilities make them sensitive to light and sound, it may not be enough. That’s why the Petty Pool Music Festival was created exclusively for people with learning disabilities.

Read more:
Now THIS is what true friendship is all about (VIDEO)

The festival was held at Petty Pool Vocational School and was arranged by the students as part of a Social Action Project. The festival itself was attended by 350 students from nine special education schools, and Nicola Colenso, director of student services at Petty Pool, says, “it’s gone big.”

Video coverage of the festival went viral quickly with the video being seen by nearly 5 million people.

You can watch the video below.