Why is the Jasna Góra Shrine one the most popular pilgrimage destinations in Poland?

Its special importance is recognized not only by Catholics in Poland, but throughout the globe, and even by non-believers.

While there are so many Marian shrines in Poland and worldwide, Jasna Góra occupies a unique position among them. It stands out from other most famous pilgrimage sites and has never failed to attract millions of pilgrims, primarily, but not only, Polish. How can we account for it?

Such questions can be found on educational social media sites such as Q&A, used by students offering and seeking help in the field of Religious Education. At the level of junior high school, the question could be phrased as: “Why is Jasna Góra a special place for all Poles?” At the secondary school level, the query would be more ambitious: “Why is Jasna Góra called the spiritual capital of Poland?” However, no catechist to date has probably asked their students to write an essay on the topic: “Why has Jasna Góra continued to be the most often visited pilgrimage site?” This is a very serious question.

Jasna Góra: No apparitions, yet a miraculous image

Guidebooks stress that Jasna Góra is the world’s largest center of Marian devotion whose establishment and growth have not been tied with Marian apparitions. That is a fact. Mary has not appeared to anyone on a hill in the town of Częstochowa. Yet Jasna Góra is one of the largest centers of religious worship worldwide, second only to Lourdes in terms of Marian devotion.

The fame of the place began in a most unusual manner. In 1382, the Polish Duke Vladislaus of Opole invited from Hungary friars of the Order of St. Paul the First Hermit, to whom he granted a limestone hill rising 293 meters above sea level in Czestochowa. The Paulines called the hillock Jasna Góra, or Bright Mountain, a reference to their home priory of St. Laurence, located on Bright Mountain in the town of Buda. The duke’s donation included the hillock with the small Church of Our Lady, Virgin and Help of Christians, as well as an image depicting the Virgin Mary with Her Son.

This was no ordinary picture, though, but a miraculous image, already long venerated by the faithful. Legend has it that this was one of the two paintings made by St. Luke himself on a board from a table from the Holy Family’s Nazareth home. Duke Vladislaus of Opole had found it in the Belz Castle and donated to the monks.

Veneration of Our Lady of Częstochowa

The new monastery became a significant and famous place from the start, as the unique image attracted a lot of the faithful. From the first time Mary’s image was displayed in Jasna Góra, it has been decorated with votive offerings, left there as tokens of thanksgiving for the graces received during prayers in front of it. The pilgrims included Hungarians, Moravians, Bohemians, Silesians, Saxons, Prussians, and Lithuanians as well as Poles.

All of the above points out that the shrine has since the very beginning been an international one. Moreover, for the Christians of the First Republic it was a more and more convincing sign of unity. Archival data imply that in the first half of the 18th century bishops urged founders to spread the veneration of Our Lady of Częstochowa in the Eastern territories of the Republic through making copies of Her image as well as building altars and churches dedicated to Her.

The Swedish conquest and Mary as the Queen of Poland

The special significance of the Jasna Góra Shrine increased after the famous defense of the shrine against the Swedish army in 1655 and after the vows of King John Casimir (1656). Although the vows were made in Lviv in front of the image of Our Lady of Graces, rather than in Częstochowa, they were unmistakeably linked with the Pauline sanctuary. The Jasna Góra image was moreover increasingly linked with the title of the Queen of Poland, used by the king in his vows. John Casimir visited Jasna Góra on March 16, 1657 and prayed there for Poland’s delivery from invasion by Spain.

Ultimately, the uniqueness of Jasna Góra was confirmed by Polish Parliament in 1764, when laws were passed which expressly named Our Lady of Częstochowa the Queen of Poland. This occurred nearly half a century after another major event: the 1717 crowning of the miraculous image of Our Lady with papal crowns, the first such coronation outside Rome.

The uniqueness of Jasna Góra and Our Lady of Częstochowa on the religious map of Poland was reflected in the work of artists, who made frequent references to the place and the Virgin Mary in Her Jasna Góra image. Literature was especially conducive to the dissemination of Marian devotion among Poles. Here we can mention names of the greatest men and women of letters, such as Wespazjan Kochowski, Juliusz Słowacki, Zygmunt Krasiński, Cyprian Kamil Norwid, Adam Mickiewicz, Stanisław Wyspiański, Maria Pawlikowska-Jasnorzewska, Jan Lechoń, Kazimiera Iłłakowiczówna, and Roman Brandstaetter. The role of Henryk Sienkiewicz for the strengthening of the belief in Our Lady of Częstochowa cannot be overestimated.

Jasna Góra has for centuries been a holy place. Each religion has such places. These are particular points in space, tangible, visible and, most importantly, accessible, holy through the presence of the sacred. They become pilgrimage sites for the faithful, places worth visiting even if this entails much time and effort.

Journeying to such places is often an act of penance, a sacrifice involving a lot of self-determination on the part of the pilgrim. Saying prayers and participating in religious services in such places are regarded as especially important and efficient. The Częstochowa hill has all the makings of a sacred place. Its geographical location and history provide an additional incentive for a visit, during which one participates in a meaningful encounter with the sacred and experiences God’s closeness.

All of the above made Jasna Góra rise through the centuries to much more than a “spiritual capital of Poland.” It is a privileged place, its special importance recognised not only by Catholics in Poland, but throughout the globe, and even by non-believers.

St. John Paul II seems to have expressed the most effectively the unique nature of Jasna Góra. On numerous occasions he called this place not only the nation’s shrine, but a confessional box and altar, a place of spiritual transformation and of a renewal of Poles’ lives. John Paull II called this place a treasure, a place where Poles had always been free.

So many times we came here to this holy place with attentive pastoral ear, to listen to the beating of the heart of the Church and of that of the motherland in the heart of the Mother. Jasna Gora is, in fact, not only a place of pilgrimage for the Poles of the motherland and of the whole world but also the nation’s shrine. One must listen in this holy place in order to hear the beating of the heart of the nation in the heart of the Mother. For her heart beats, we know, together with all the appointments of history, with all the happenings in our national life: how many times, in fact, has it vibrated with the laments of the historical sufferings of Poland, but also with the shouts of joy and victory! The history of Poland can be written in different ways; especially in the case of the history of the last centuries, it can be interpreted along different lines. But if we want to know how this history is interpreted by the heart of the Poles, we must come here, we must listen to this shrine, we must hear the echo of the life of the whole nation in the heart of its Mother and Queen. And if her heart beats with a tone of disquiet, if it echoes with solicitude and the cry for the conversion and strengthening of consciences, this invitation must be accepted. It is an invitation springing from maternal love, which in its own way is shaping the historical processes in the land of Poland.

No other words can better summarize the reason why millions of people continue to make Jasna Góra their pilgrimage destination. 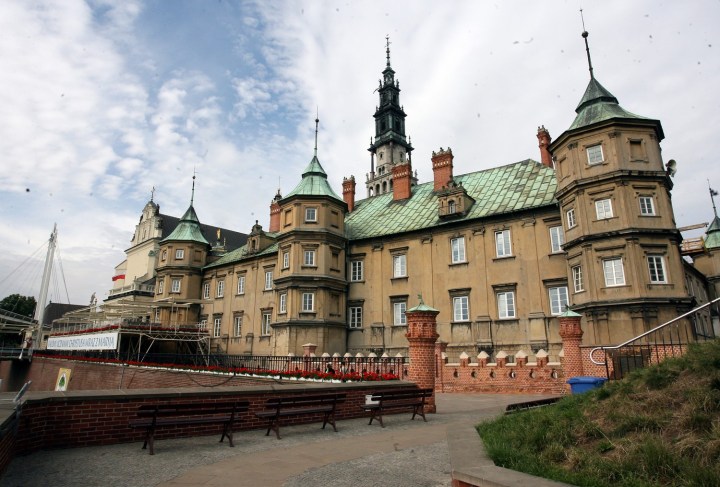