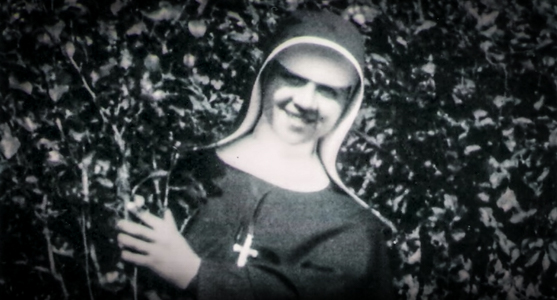 “Do not be afraid to suffer,” she said. “God always gives the necessary strength and courage.”

Some saints would have seemed absolutely ordinary had they not lived in extraordinary times. Blessed Zdenka Schelingová was just such a one, a good sister who was forced to greatness by the circumstances of her life.

Born to a large family in 1916 in what was then Czechoslovakia, Cecilia (her baptismal name) and her nine siblings learned to love the Lord from their parents. When she was 12, the Sisters of Charity of the Holy Cross arrived to teach at her school and Cecilia was smitten. By 15, she had persuaded her parents to let her enter. Accompanied by her mother, she traveled to the motherhouse to ask admission but was told she had to finish her schooling first, studying nursing and radiology. For nearly five years, Cecilia did just that until she was finally permitted to enter in 1936. The following year, she took the name Sister Zdenka.

From there, Sr. Zdenka’s life proceeded as expected. She moved through the novitiate, professed vows, and began to work in the radiology department of the hospital where the community served. But greatness doesn’t come all of a sudden—it’s built over the course of years of obedience, sacrifice, and prayer. For 15 years, Sr. Zdenka lived a life poured out for Christ and his people, saying, “In my hospital service, I go from the altar of God to the altar of my work.”

It was these years of ordinary faithfulness that prepared Sr. Zdenka for the trial that was to come. Throughout her life, her homeland had been in turmoil. When the Communists took over from the Nazis, the situation for the Church went from bad to worse. Religious orders were disbanded. Priests fled the country. Those who helped them flee were convicted of treason.

The Church asked priests and religious not to resist the restrictions imposed on them by the Communist government. Always obedient, Sr. Zdenka did as she was told. Until one day, when compliance would cost a man’s life. At that point, her years of faithfulness bore fruit in heroism.

A condemned priest was brought to the hospital where she worked; hearing that he was bound for Siberia and death, Sr. Zdenka slipped sleeping pills into the tea of the guard on duty and smuggled the priest out of the hospital and on his way to safety, guided by contacts of hers who would help him over the border into Austria. Immediately afterwards, she went to the chapel, knelt before the Blessed Sacrament, and prayed, “Jesus, I offer my life for his. Save him!”

It seems her sacrifice was accepted; only a few days later, Sr. Zdenka attempted to smuggle three priests and three seminarians out of the country and was caught, arrested, and thrown into prison. Sentenced to 12 years, she was routinely tortured as guards tried to force her to become a spy for them or to share the names of her accomplices. She was strangled, beaten, thrown into solitary confinement. She was kicked repeatedly in the right breast, which was torn apart and later became cancerous. She was given a partial mastectomy in a prison hospital without anesthesia.

And yet, with all this suffering, Sr. Zdenka clung to hope. “Do not be afraid to suffer,” she said. “God always gives the necessary strength and courage.” Moved from one freezing, filthy prison to another, it soon became clear that her health was declining rapidly. Rather than allow her to die in prison and seem a martyr to the people, officials released her.

But Sr. Zdenka’s suffering didn’t end when she left prison. She had already learned that her fellow sisters saw her attempts to save the lives of priests as acts of disobedience; the sisters had been ordered not to resist and Sr. Zdenka had been slandered as a renegade. Unsure what welcome she would receive, Sr. Zdenka made her way to the hospital she had worked at in Bratislava. She asked to be allowed in and was told that the superior feared what the police would say if they were seen to be consorting with a convict. Her motherhouse said the same, and this bride of Christ who had offered her whole life to him found herself homeless and dying, abandoned because she had been faithful to God’s laws.

Sr. Zdenka was later pardoned by the authorities and declared a martyr by the Church. But this martyrdom was only possible because of her willingness to make small sacrifices and be obedient in small things.