Do you know any migrants? Pope Francis wants to introduce you to some 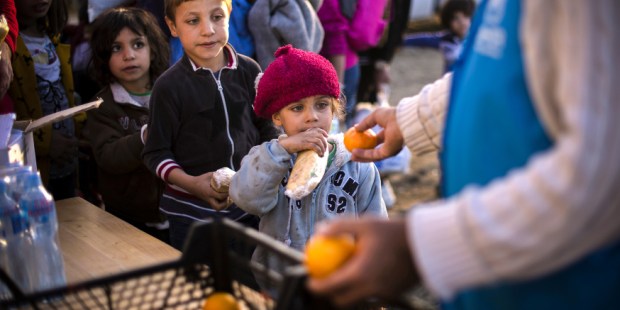 Migrants and refugees “are no different than our own family members and friends,” Pope Francis has said. “Each of them has a name, a face, and a story.”

That is the awareness behind an upcoming two-year campaign from Caritas Internationalis, the Church’s international charity arm.

Pope Francis will launch the campaign on September 27, according to L’Osservatore Romano. It is designed to promote the “culture of encounter” that the pope has so urgently called for over the span of his papacy.

More specifically, “Share the Journey” will attempt to bring individuals on the move into contact with people living in the countries they pass through, or arrive to.

Cardinal Antonio Tagle, archbishop of Manila and president of Caritas Internationalis, presented the campaign to local charity organizations as a chance to seek the path of peace through this culture of encounter.

He wrote of his hopes to dispel people’s fears, and to enable them to look at the phenomenon of migration with “new eyes and an open heart.”

“You may be afraid of migrants as a large group of people coming in, but when you meet a migrant, then you have a different vision,” he said July 27, according to Catholic News Service.

Hearing the stories of their lives makes it clear that migrants “are human beings, they are human beings who have suffered much; they’ve left a situation where they could not live anymore because of violence, conflict or just because of misery.”

“Once you understand the story of the person, then you will have a different attitude,” he said.

Roy suggested that political support for anti-immigrant policies springs from having never met persons who are migrants.

Cardinal Tagle’s presentation of the campaign asks the Caritas network to “join arms and hearts “ to form “a human chain of love and mercy.”

To support Catholic Charities and learn more about the campaign, see here.

Catholic Charities is the US branch of Caritas Internationalis. Learn more about Caritas here.