What is psychological abuse and how can we detect it? 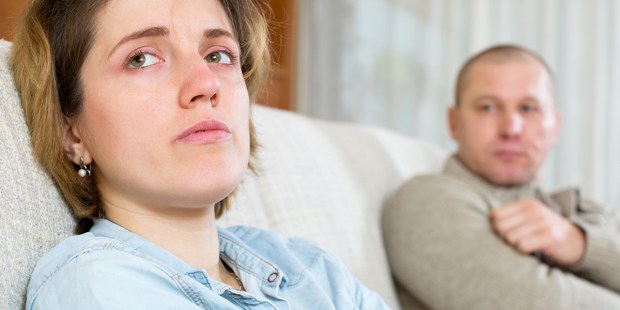 Psychological abuse is on the rise. Here are some red flags to watch for.

It is fairly common to hear about cases of domestic abuse or mistreatment. Unfortunately, it’s on the rise, having increased significantly in the UK since 2009 and also in the United States. The scientific community is also beginning to study it more seriously now.

But not all abuse is physical, or involves beatings or explicit violence. There is a kind of abuse that is much more insidious, more difficult to prove, and is usually at the foundation of other kinds of abuse: psychological abuse.

What is psychological abuse?

Psychological or emotional abuse is a perverse and destructive behavior by which one member of the couple controls the other, who is more vulnerable.

The first characteristic of this type of abuse is that the relationship between the members of the couple is asymmetrical. One is stronger than the other and plays a more dominant role, while the weaker one gradually loses his or her sense of freedom.

Therefore, the first characteristic is that there is neither equality nor respect for the integrity of the other. One of the two tries to control the other, to restrain their freedom, to make them submit. The other, out of fear or weakness, ends up in an increasingly suffocating and destructive relationship. Many times, at the end of this path, psychological abuse also leads to physical abuse.

It is true that both men and women can perpetrate psychological abuse, since both sexes can have possessive and manipulative personalities. Nevertheless, the statistics indicate that the victims of abuse are mostly women, since they are usually the weaker party in the relationship.

Is abuse linked to particular cultures or eras? It does not seem to be simply a cultural problem: in fact, physical and emotional abuse within marriage is not tied to a specific culture or class, or to young or mature marriages. Nor is it exclusive to women.

The most worrying thing is that, currently, at a time when the rights and dignity of women are an accepted and explicitly promoted social good, abuse has not diminished. On the contrary, among young and adolescent couples, in a generation that has grown up educated in the equality of rights between men and women, it is increasingly common to find cases of physical and psychological abuse, sexual violence, humiliations in social networks and all kinds of blackmail.

When is the abuse detected? Before being plunged into a spiral of psychological abuse, you can detect “strange things” already at the dating stage. These should be a red flag telling you to press Pause, or even to cut off the relationship.

Psychological abuse happens in the first phase of the relationship, and is gradually established through a process of seduction. In this first phase, the victim is destabilized and gradually loses self-confidence, spontaneity, and freedom of action.

It is an insidious and gradual process in which the victim’s view of reality is increasingly confused due to manipulation. In this way, the victim loses her critical thinking and ability to defend herself, falling into an attitude of dependence towards the abuser, who holds destructive power.

Signs of psychological abuse in a couple

Abuse always begins with an unequal relationship that ends up imposing an emotional dependence of one member of the couple on the other. This is the first “red light” to be detected, before the actual abuse arrives.

The abuser manifests controlling behavior toward his partner. He controls the money she spends, indicates how he wants the couple to be seen, and tries to keep her from spending time with friends or even family members without his consent. For this reason, he tends to control her movements, schedules, and use of social networks.

On the other hand, he tends to give importance only to his own problems, minimizing those of his partner, taking all the credit for the family’s achievements, making his partner feel that without his support, nothing would be possible. They are people who speak in imperatives and seek to control the other’s opinion, even when matters of opinion come up in public or in social life. The victim suffers a constant lack of self-esteem and freedom, even in sexual relations.

It is very useful to distinguish that thin line between true love and an “illusion of perverse love.” True love admits no perversions. Sincere love is a gift and not a possession. When this is lacking in the couple, selfishness predominates and not the generosity of love.

Read more:
“Wollying”: When a woman’s worst enemy is … another woman

When we start a relationship, it never occurs to us that we could become victims of abuse. It is sad, but the desire to “maintain control” over some situations causes many couples to fall into the deep pit of domestic violence. When violence is allowed, it is increasingly difficult to get out of it.

Relationships must be characterized by a shared pursuit of well-being and happiness in the common project of raising the children and growing as persons. Difficulties and crises are part of the life and growth of people, and consequently of the life of a couple.

But it is necessary to distinguish with great clarity between a moment or period of crisis and a constant anomalous situation of twisted relationships. When we forget the positive elements that are intrinsically in the relationship, we lose the parameters that allow us to detect toxic relationships.